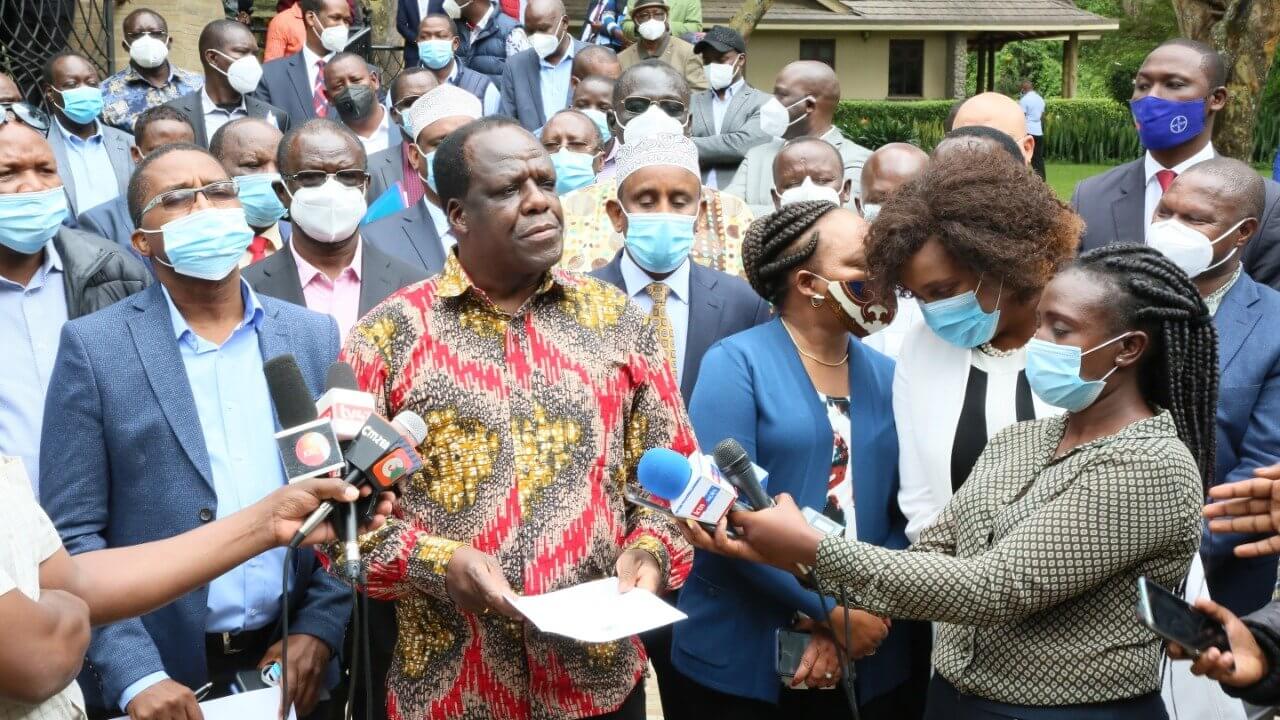 Governors Address the Press in Naivasha on Tuesday

(KDRTV) – Governors have threatened to reject the BBI report if some if their irreducible minimums are not included in the report.

In a joint statement read by Council of Governors Chairman Wycliffe Oparanya on Tuesday, the county bosses asked for lucrative retirement benefits.

Oparanya said a pension fund should be established at the county level to ensure leaders of devolved units get the same perks as state officials.

“We propose that a pension fund be established for governors, their deputies, county speakers, ward representatives, and other county State officers as it is the case with the president, his deputy, speakers, MPs and State officers in the national government,” Oparanya said.

Gov. Oparanya: We propose a pension fund be established for governors, deputy governors, county speakers, members of county assembly & other county state officers as is the case with President, Deputy President & other state officials at national level pic.twitter.com/KLVaI65OVh

The governors have asked for a monthly stipend equal to eight percent of their current salary. They also need a lump sum payment on retirement, calculated as a sum equal to one year’s pay.

Uhuru, Raila snub Naivasha BBI meeting despite being expected to build consensus on BBI by governors and MCAs. However,COG chairman Wycliffe Oparanya said the proposals by the county chiefs will be handed to the two principals in State House today. pic.twitter.com/ryA7EuM4i2

These vehicles will also be fuelled by tax-payers with the proposal of a fuel-allowance calculated at 15% of the current monthly salaries.

ODM leader Raila Odinga said on Tuesday that there will be no further additions to the current BBI proposals.

The announcement may set a clash between the BBI proponents and the county bosses.

Kenyans are likely to oppose any proposal to increase the wage bill.

Subscribe to watch latests videos
In this article:BBI Report, Council of Governors, Headlines