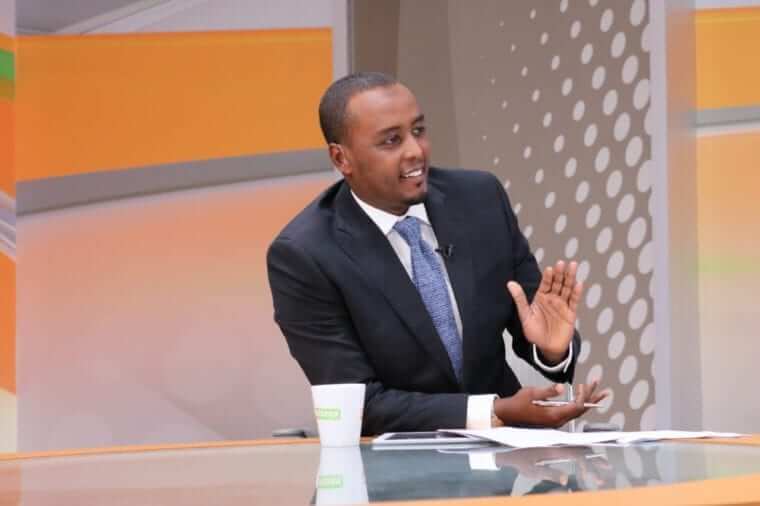 This was after a poster circulating on social media, purporting that Hussein would be the new host of the controversial show following Anne Kiguta’s dramatic resignation on Sunday afternoon.

The celebrated journalist, who worked at Royal Media Services, for more than 10 years told Kenyans that he will be the first to announce whether he will be coming back to broadcasting.

“Please treat this as fake. You’ll hear it from me soon enough whether or not I’ll be coming back to TV or any other platform,” Hussein said in a tweet.

Please treat this as fake. You’ll hear it from me soon enough whether or not I’ll be coming back to TV or any other platform. Mafans ninawapenda wo…wote! pic.twitter.com/xN9zYEK9r0

Hussein quit Citizen TV in October last year, saying he wanted to ‘concentrate on other matters.’ He didn’t state the ‘matters’ or his next destination. There have been a lot of conspiracy theories about why he left one of the most coveted jobs in the Kenyan media industry.

Meanwhile, Anne Kiguta’s exit from K24 got so many people unaware. The top political analyst said she will ‘not be returning to the show owing to fundamental disagreements and editorial processes and direction the show was being forced to take.’

Read Also: Hussein Mohammed! The Only Man Who Bullies Ruto

‘I can no longer in good conscience continue to be part of Punchline,’ she said.

Cracks between the journalist and Mediamax began to appear in October when she strongly protested the decision to block Kiharu MP Ndindi Nyoro from the show in October.

I said, what I SAID. This is still #Punchline. pic.twitter.com/FysLOaNUEs

“We invited Nyoro on this program and indeed we reach out to all politicians of all persuasions every single week because we believe in listening to all sides of the debate. However, the management of this station was of a contrary opinion and had their considered views, concerns by which this program is bound,” she said.

It seems she was laying the ground for her exit.