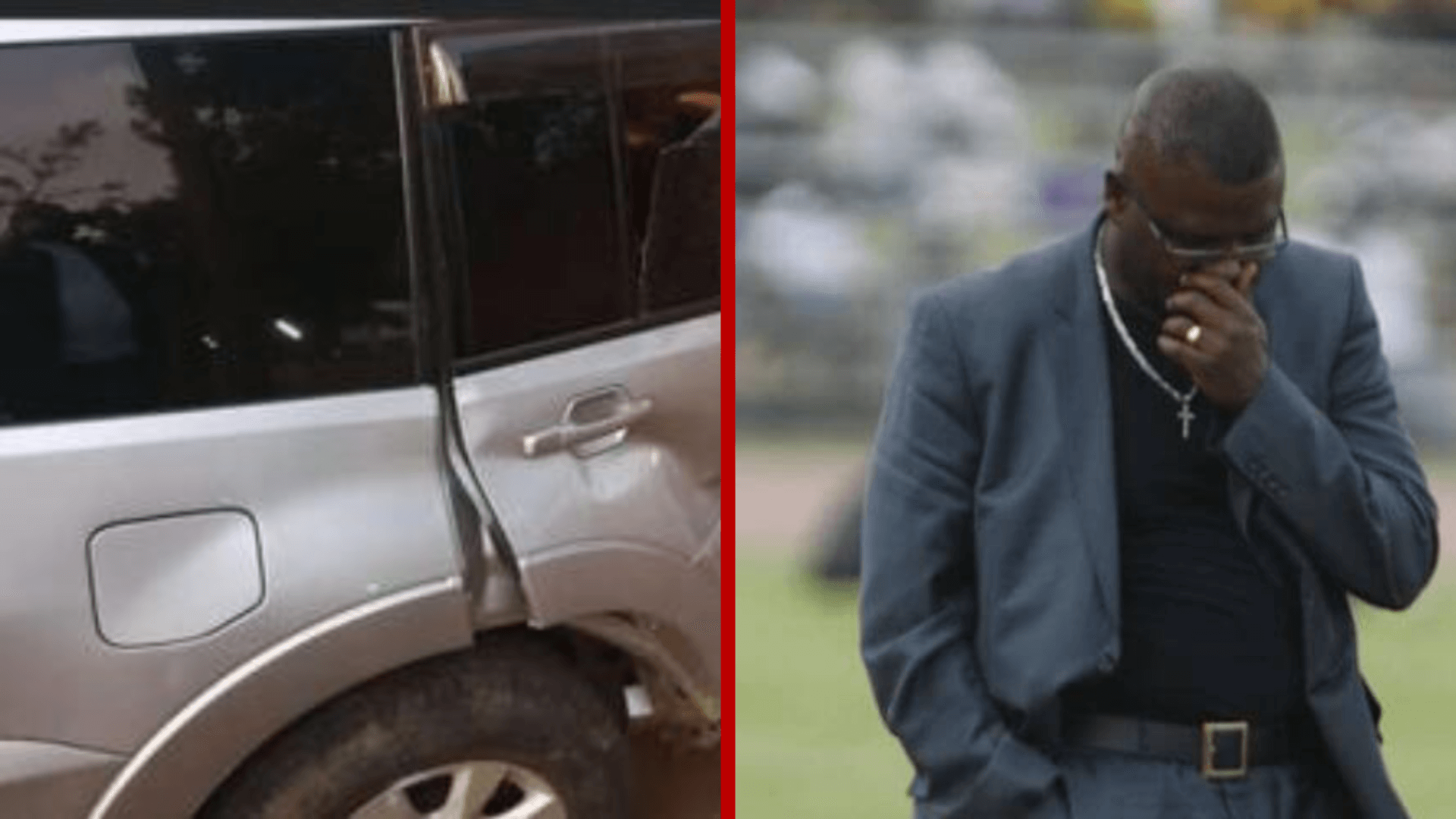 According to eyewitnesses, the Radio Jambo morning show host was turning into Brookside Drive when his car was hit by a  speeding Matatu from behind. impact of the ram was so powerful that he knocked a nearby City Clock.

I’ve done tests after today's accident and i've been cleared by the doctors at @AKUHNairobi. I take this opportunity to thank everyone who wished me a quick recovery. God is good all the time. 🙏 pic.twitter.com/XroMn0KZv9

Comedian Jalang’o Mwenyewe, who works at Kiss FM, a city station to Radio Jambo, recounted how he rushed Ghost to hospital after the accident.

Read Also: Jalang’o – I Was With Othuol Othuol Until the Last Minute

“I saw the aftermath of the accident as I was driving to work this morning but it didn’t hit me that it was my colleague and friend Ghost until a bodaboda followed me to the gate of Lion’s Place and informed me,” Jalang’o revealed on Kiss FM.

“I, therefore, had to rush back and took him to the Aga Khan Hospital for a checkup and he was admitted. A matatu rammed into his car on the back as he was getting into Brookside Drive and the car swerved hitting the adjacent City Clock,” Jalang’o further revealed, adding that the car has been written off.

Jacob Ghost Mulee involved in an accident this morning. He was rushed to hospital by @JalangoMwenyewe
Quick recovery to him. #KameneAndJalas pic.twitter.com/z37SUOVPNr

Several Kenyans have taken to convey their goodwill messages to Ghost as he recovers.

Mulee is best remembered for leading the National Team, Harambee Stars, to the 2004 Africa Cup of Nations. Previously, he won the 2002 CECAFA Championship.

However, he has recently cultivated a new fanbase after switching to radio broadcasting. He co-hosts the Radio Jambo Morning show with Gidi Gidi.