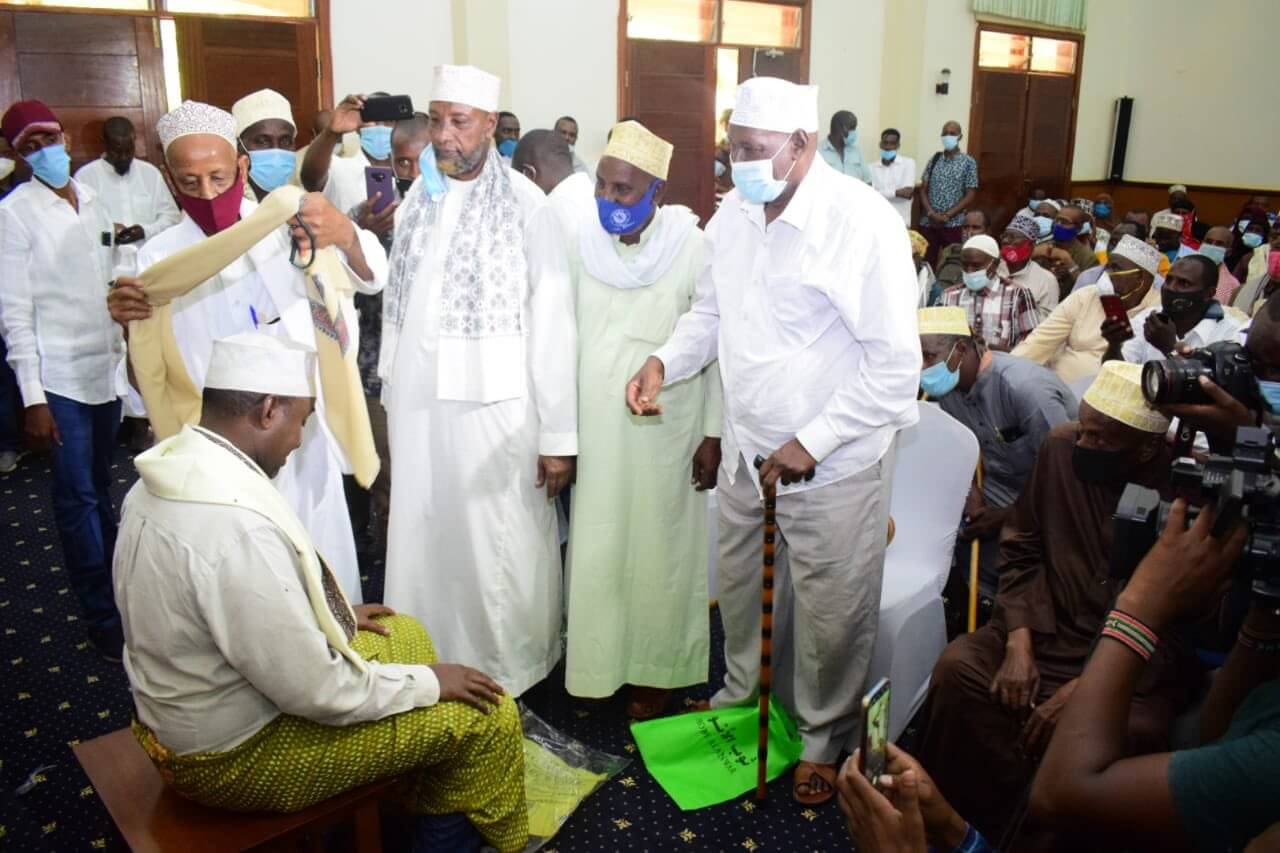 (KDRTV) – Suna East MP Junet Mohammed was installed as a Somali elder at a ceremony in Mandera.

Junet was in the North-Eastern region to popularise the BBI report. The elders had other plans and installed him as one of the most senior Muslim leaders.

“A very proud moment for me,” the lawmaker captioned photos showing his coronation. Governors Ali Korane (Garissa) and Ali Roba (Mandera) were among the leaders present at the event.

A very proud moment for me. pic.twitter.com/HrQ9KabJ3D

Lawyer Ahmednassir Abdulahi, congratulated Junet for his elevation into a Kabeer.

As the National Assembly Minority Whip, Junet is the senior-most Somali MP in Parliament following the demotion of Aden Duale (Garissa) from the position of Majority Leader in June. The elevation means Junet is the de-facto political spokesperson of the Somali Community.

I’m in Mandera for an important meeting with elders and leaders here during which time I will appraise them on the state of our ongoing national initiative. As a nomad, making peace with new lands is engrained in our DNA. Glad to be here! #ManderaNiBBI pic.twitter.com/wSUdWW0wQz

The lawmaker’s star continues to shine since being elected to parliament in 2013. Junet is regarded as a member of ODM leader Raila Odinga’s inner circle. He was the only politician who accompanied baba to Harambee house for the famous March 9, 2018 handshake with President Uhuru Kenyatta.

Currently, Junet is the co-chair of the BBI secretariat, and he is tasked with delivering the much-touted referendum. It seems he is already delivering, having successfully overseen the collection of five million signatures this week.

Subscribe to watch latests videos
In this article:BBI Report,Headlines,Junet Mohammed