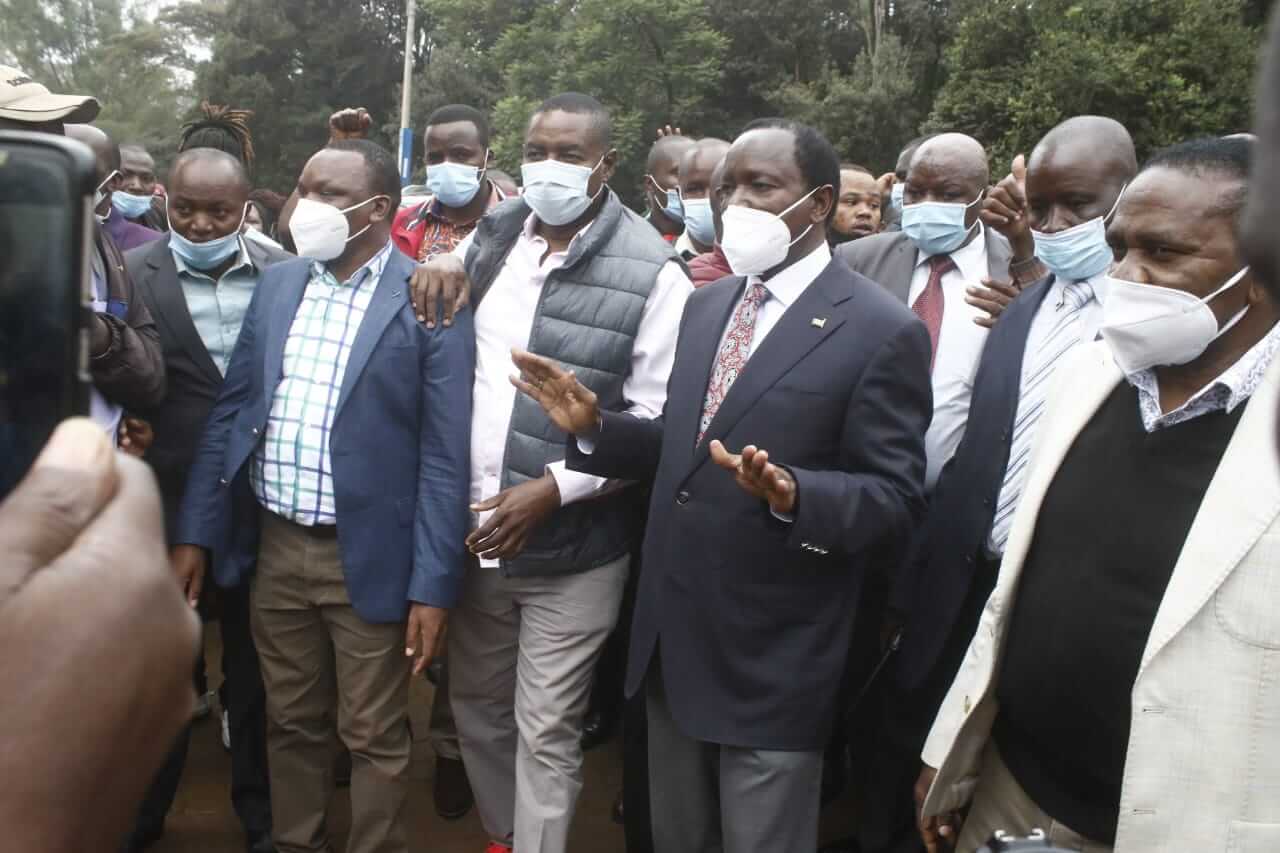 (KDRTV) – A story is told of a pre-election pact between Raila Odinga and Kalonzo Musyoka in the run-up to 2017 elections.

The two NASA principals agreed that Raila would go for a five year term and support his running mate in 2022. However, before the deal was struck, Kalonzo asked what was the guarantee that his partner would  honor the deal.

The question got everyone off guard. Economist David Ndii, then an opposition strategist was the only one who spoke.

“There is no guarantee!” Ndii firmly answered Kalonzo.

The former Vice President thanked Ndii for being the only honest person in the room. He put pen to paper and walked away.

For a long time, Kalonzo has been described as an indecisive person in Kenyan politics. A man who doesn’t have the balls to make bold decisions.

When he was Vice President in the Kibaki administration, he failed to take a side over the 2010 Constitution. We all remember how the Ukambani region voted in that referendum. It was a 50/50 vote.

Watermelon! They called him.

It is therefore surprising to see Kalonzo taking on DP William Ruto now.

After being accused of grabbing his Yatta farm from the government, Kalonzo not only called for a press conference to rebute those lies.

He also dared Ruto to come out and address issues surrounding his ownership of Weston hotel, Ruai land and a ranch in Taita Taveta.

If you thought he was bluffing, Kalonzo appeared at the Directorate of Criminal Investigations (DCI) headquarters on Friday to record a statement over the same.

Today I have presented myself for public scrutiny by the DCI on the allegations that I grabbed my Yatta Farm.I have nothing to hide.I have and will always stand for integrity. pic.twitter.com/iE6vi9khQw

It is worth remembering that he is the one who started attacks against Ruto after claiming that the DP had given his share of Cabinet slots to members of his Kalenjin community.

And it is not just that, last week, Kalonzo unveiled Johnstone Muthama’s wife as Wiper candidate for the Machakos By-election.

I am happy that Kalonzo has started playing the political chessgame roughly. He put checkmate on Muthama in Machakos by-election. Now it's time to put checkmate on DP. Let the DP be summoned to DCI to explain Weston

Muthama, once a key Wiper Financier, has not only turned against Kalonzo but is also William Ruto’s point man in Ukambani.

Read Also: Mudavadi Claims Ruto is not for for Presidency

Some people have questioned what is Kalonzo’s end game.

Whereas others are asking if he can sustain this brand of politics.

Well, only time will tell.