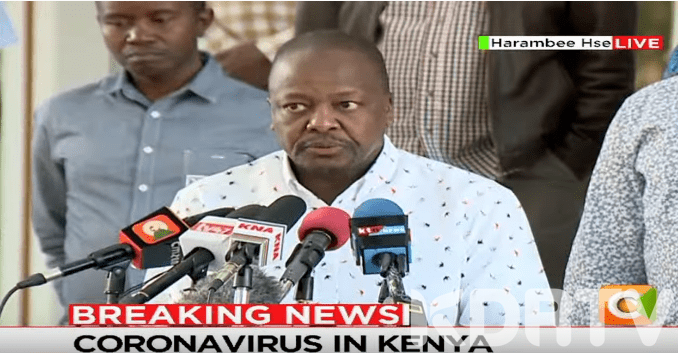 According to the health CS Mutahi Kagwe. eight individuals tested positive for the Covid-19 including five Kenyans and three foreigners (one Mexican and Two French Nationals )

“In the last 72 hours, we have received confirmation of an additional 8 cases who have tested positive for coronavirus. This now brings the total number of those who have tested to 15,” said the Health CS in a press briefing on Sunday.

According to the Ministry of Health, the eight more cases are persons aged 20 to 57 years who traveled in the country from Europe and the US between March 4 and March 17

“All the eight came through the Jomo Kenyatta International Airport between March 4 and March 17 and they have all been isolated at various facilities and are being monitored by our teams,” noted the CS.

On the same note, the Health CS said that they are also processing three at the Mbagathi hospital.