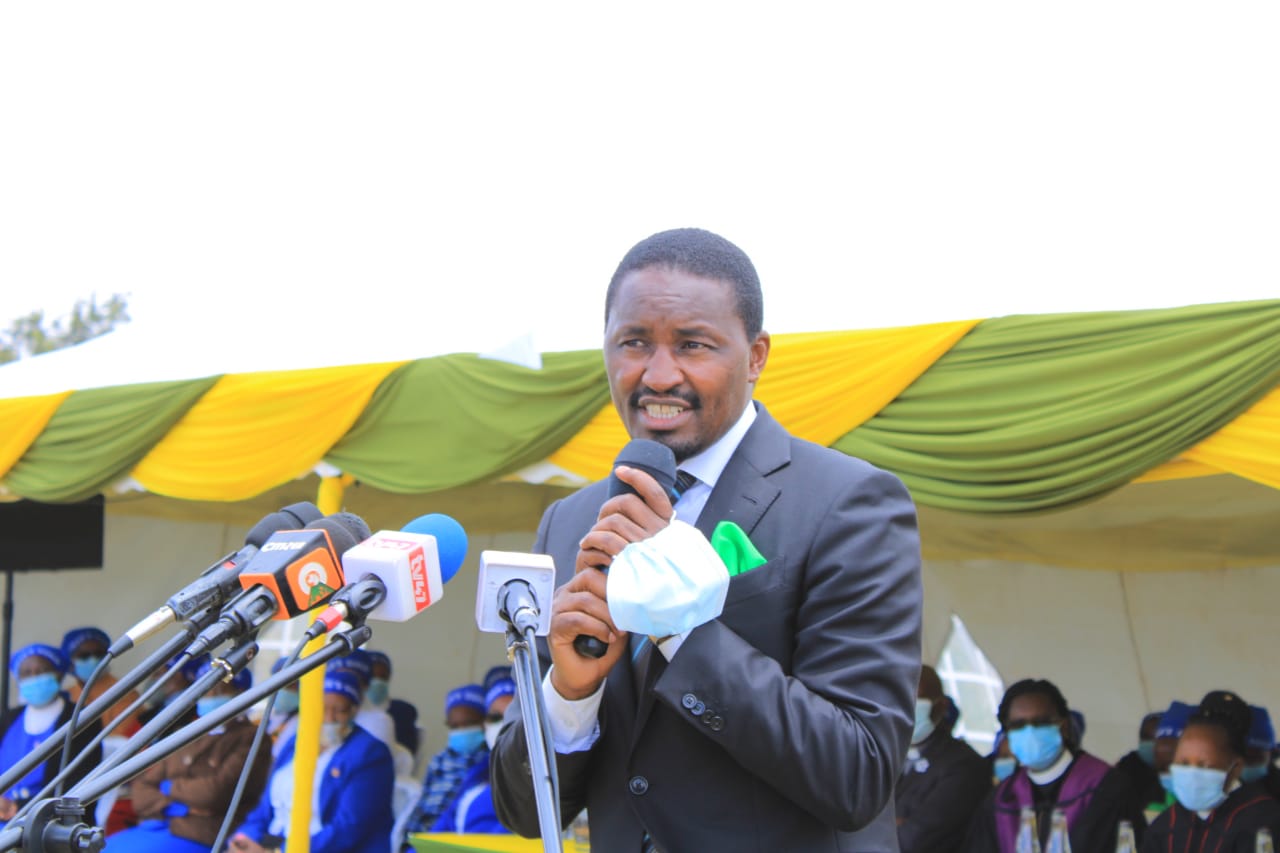 According to the Service Party Leader, Uhuru and Ruto have not lived up to the pre-election pledges they made in 2013 which was that there will be no more bloodshed in Kenya.

I joined other leaders in condoling with the family of Ann Wairimu Mukunga sister in – law to Mwangi Kiunjuri at Kieni Constituency. She was a diligent and a staunch follower of PCEA church.
Rest in peace Ann. pic.twitter.com/p5w2F0hDtg

He said the two leaders have now abandoned that and unleashed their supporters against each other. According to Kiunjuri, the current crop of politicians trading insults are behaving like they are on payroll.

“The pledge the duo gave Kenyans was that they would bring to an end bloodshed and post-election war. Today, both of them, have deserted that position. Why?” posed the ex-Minister.

“If you look at Uhuru Kenyatta’s side, there are people waking up every day to only abuse the DP as if they are on a payroll to spew insults. If you look at DP Ruto’s corner, there are people, whom you’d think are on a payroll, with their job description being: ‘abuse Uhuru Kenyatta’. They have now gone to the extent of abusing Mama Ngina Kenyatta, ” he said.

Speaking during the funeral of his sister in law Anne Wairimu in Kieni, Nyeri County on Friday, the former Minister also dragged ODM Raila Odinga to the mix.

He said the former Prime Minister did not reprimand his allies when they insulted the President in 2017. Raila is therefore not in position to talk about respect.

Kiunjuri has no kind words for his former boss Uhuru Kenyatta.

Kiunjuri now wants the three leaders to apologize to Kenyans and lower the current political temperatures in the country.