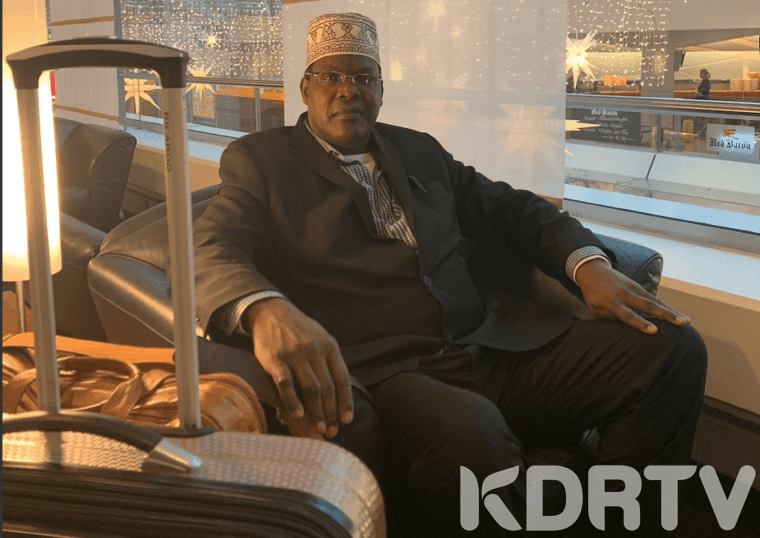 (KDRTV)- Kenyan-Canadian lawyer Miguna Miguna has been forced to camp at Berlin Airport in Germany after he alleged the Kenya authorities issued a red flag buffing him from traveling to Kenya or any other African country from Germany.

KDRTV has confirmed from Miguna`s twitter account that the controversial lawyer is still seated at the airport with his language, hours after the plane he booked had left.

“I’m still at the TXL airport in Berlin. Lufthansa has stated that it is ready to transport me to Kenya when the RED ALERT has been formally canceled or withdrawn by the illegitimate Government of Kenya. But as of now, despite lies peddled via social media and press statements, the RED ALERT has not been canceled,” the post on Twitter reads.

Previously, Miguna Miguna was expected to land at the Jomo Kenyatta International Airport on Tuesday at 9.25 pm.

Unfortunately to him, when he got to the check-desk for Lufthansa Airlines, he was barred from boarding the plane to Nairobi

However, the Government Spokesman Rtd. Col. Cyrus Oguna later reiterated the Miguna is free to travel to Kenya as per the President`s directive and that the Foreign Affairs Ministry would deal with the issues

Read also: Red Alert! Miguna Cannot Board a Flight to Kenya or any African Country

However, as per 2 pm on Tuesday, the ministry was yet to issue any communication to the Berlin authorities

“I’m exploring all of my options. I’ll communicate when and how I will travel to Kenya later today or tomorrow,” Miguna said.