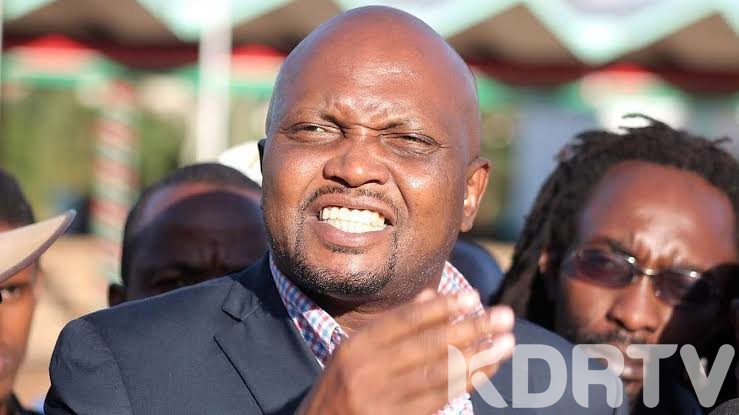 (KDRTV) – Gatundu South MP Moses Kuria is one of the 4 Tanga Tanga MPs who have been axed from National Assembly Committees.

New Majority Whip Emmanuel Wangwe send a letter to Kuria informing him that the party’s intentions to discharge him from the Transport, Public Works and Housing Committee.

“Pursuant to Standing Orders 176 (1) and 176(2), you are hereby notified that the Jubilee Party which nominated you intends to discharge you from the Transport, Public Works and Housing Committee,” the letter reads in part.

Read Also: You Will Know Me! Uhuru Warns MPs Against Insulting Him in Tense Meeting

Bomet Woman Rep Joyce Korir, Cornelly Serem (Aldai) and Robert Pukose (Endebess) also received similar letters. They were given seven days to explain why they should not be axed.

The new development comes just a day after the Jubilee Parliamentary Group Meeting where Emmanuel Wangwe was appointed the new Majority Whip.

Moses Kuria has been one of the biggest critics of the Jubilee Government. He said that his life is in danger over the criticism. 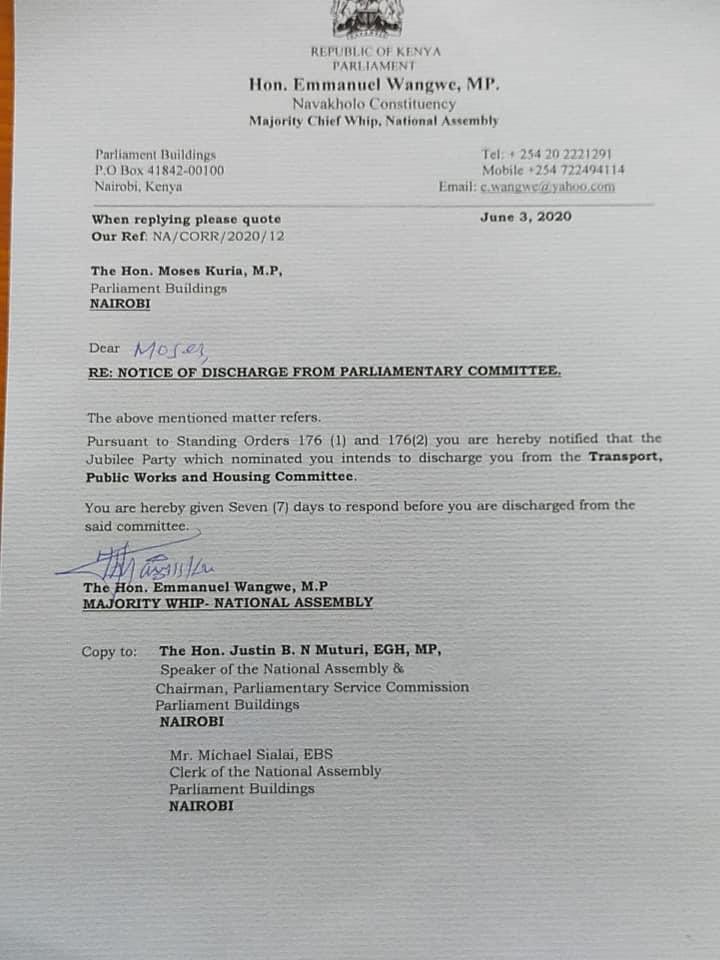 Jubilee made the same changes in the Senate where four Ruto allies were kicked from Senate committees last month.