Gatundu South Member of Parliament, Moses Kuria, is now accusing President Uhuru Kenyatta of interfering with the running of Azimio La Umoja One Kenya Coalition party. In an interview, Moses Kuria claimed that, Raila Odinga’s chances of winning the August 9 polls are declining,

During Tuesday 10th May interview, Kuria purported that Uhuru was behind the stealth in Azimio that had several parties decamp. The two party leaders who recently decamped are Amason Kingi and Machakos Governor Alfred Mutua.

However, Moses Kuria argued that if Raila Odinga was in charge, the two parties would not have decamped Azimio. 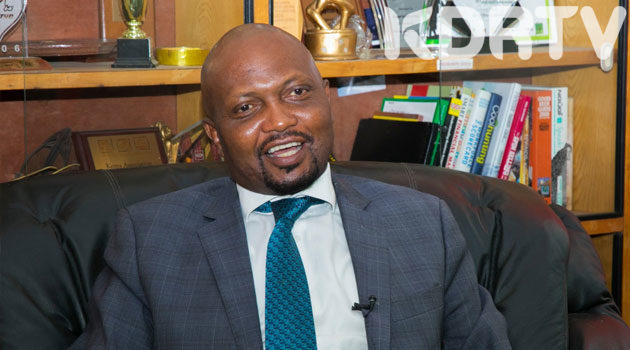 “This is not the typical Raila Odinga way of doing things. Even in his heydays, he was more consultative and a team player. It was unbelievable when I talked to Mutua and Kingi, they told me they signed the last pages of the document’’ Adding, “The President kept telling them not to worry and that everything will be alright,”  Moses Kuria said in a statement..

Consequently, Moses Kuria asserted that Azimio would cave in before general elections. Additionally, Moses Kuria is blaming Uhuru’s secrecy which led to the conquest of the Jubilee Party.

“Coming from Jubilee, this was the way of doing things. That is how we lost our party. We are seeing the hallmarks of what we saw in Jubilee creeping into Azimio.” said Moses Kuria.

However, Kuria believes that Raila has strength in driving his campaign and warned him against relying on  Uhuru.

“Raila Odinga has chosen to drop his traditional way of doing things and he believes that for some reason that the President of this country has a magic button,” Kuria added.