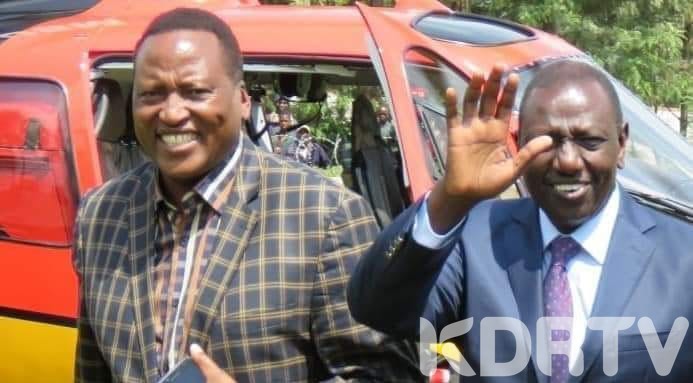 Kitutu Chache Member of Parliament MP Richard Onyoka has warned the Deputy President William Ruto to watch his mouth or else he will find himself back at ICC.

(KDRTV)- Kitutu Chache Member of Parliament (MP) Richard Onyonka has warned the Deputy President William Ruto to watch his mouth or else he will find himself back at ICC.

He said that the Deputy President should stop threatening his critics

Read also: Sudi Should Be Arrested for Inflammatory Remarks Against President Uhuru, ODM MPs to Matiang’i

Onyonka was speaking in his constituency on Friday, January 24 where he said he will not hesitate to push for a revival of Ruto`s ICC case if he will not watch his mouth in his recurrent speeches.

“If you will (Ruto) continue issuing threats to us that if we don’t vote for you you will beat us up, I can assure you will make sure you go back to ICC. We are brave now take it from us, be good to us and let us respect ourselves, we want a country where people love each other and only disagree on principal and policy,” he said

Onyonka has hinted his support for the Interior Cabinet Secretary Fred Matiangi for the top seat saying he is fit to lead the country.

The MP praised the CS integrity, reputation and experience in issues concerning governance hence he is equal to anyone including Ruto in succeeding Uhuru Kenyatta

“We now have our powerful man Matiang’i, Kenyan politics is about strategy and we must also have our son at the table where the government is being formulated. We will be there to negotiate for our place,” added the MP.

Read also:Ruto: No Coin Will Be Stolen When I Become President

According to the DP, his political rivals were behind the planned revival of the case.