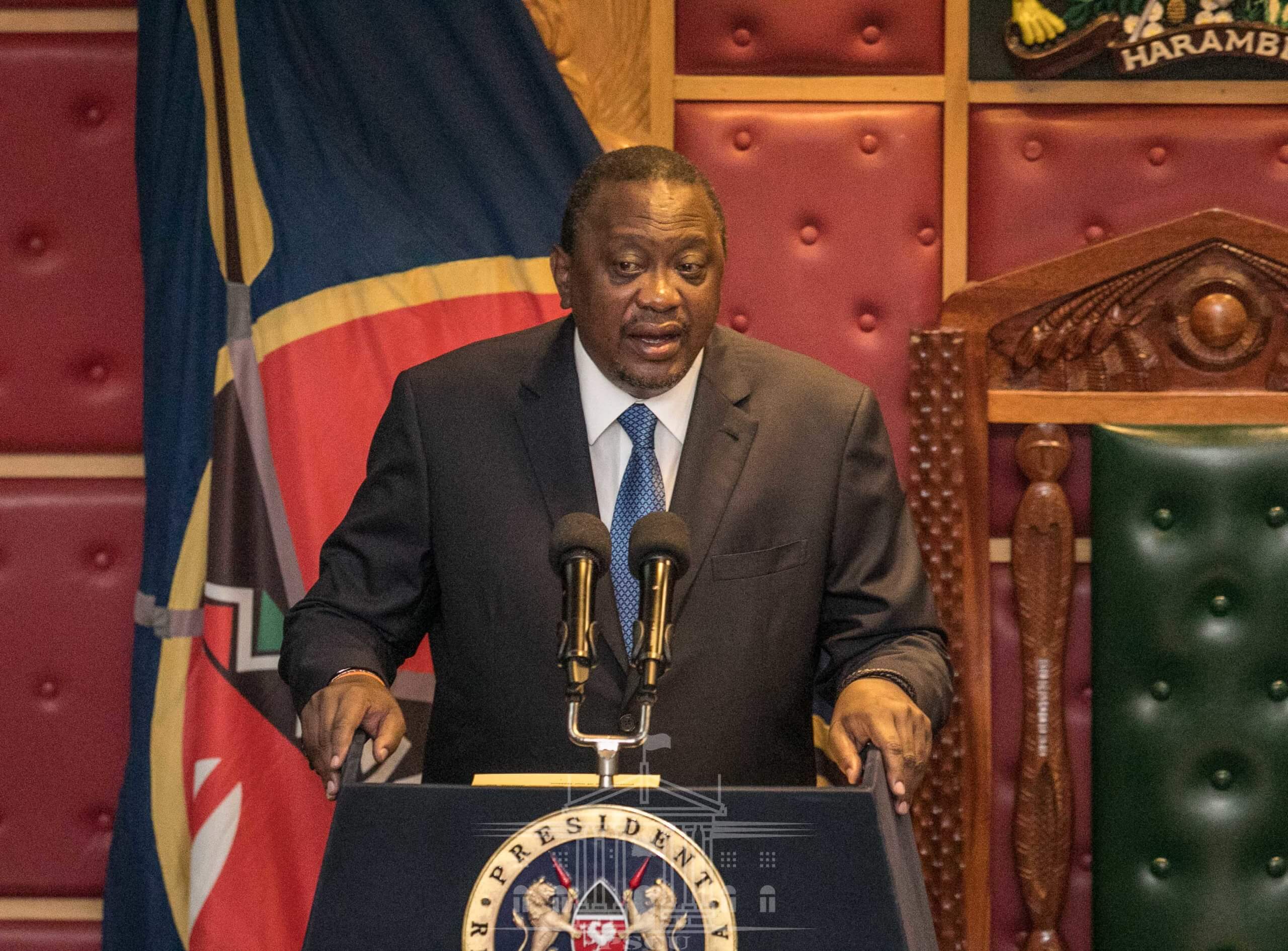 President Uhuru Delivers his State of the Nation Address

(KDRTV) – Elgeyo Marakwet Senator Kipchumba Murkomen has claimed that President Uhuru Kenyatta’s speech during the State of the Nation address on Thursday was not only boring but also lacked freshness.

According to the former Majority leader, the President ought to have read a speech that captures the imaginations of Kenyans and inspires the country.

“In the future, I hope the President’s speechwriters will write a short, fresh, and captivating speech and avoid repeating speeches made by the President throughout the year. Leave the details to the submitted reports and give us something that captures our imaginations and inspires the country,” Murkomen said in a tweet that has elicited mixed reactions.

In future I hope the President’s speech writers will write short,fresh and captivating speech and avoid repeating speeches made by the President along the year.Leave the details to the submitted reports and give us something that captures our imaginations and inspires the country

President Kenyatta started his speech by detailing what his government has done to cushion Kenyans from the effects of the COVID-19 pandemic.

He also talked extensively about the changes the government is making in the education sector, especially the introduction of the new CBC curriculum. He also revealed the government’s plans to reopen schools that have been closed for more than eight months due to the pandemic.

My summary for #SOTNKE2020:
President Uhuru Kenyatta woos MP to supporting the Constitutional Amendments proposed by BBI.
President also vaguely highlights the Big Four Agenda without clear achievements made so far and trumpets the "ease of doing business" as key achievement.

“The Ministry of Education will, within 14 days from the date hereof announce the 2021 Academic Calendar, with all other classes expected to resume learning in January 2021,” Uhuru said.

Read Also: William Ruto Feels the Wrath of Kenyans After the Most Boring of Speeches

He also disclosed his plans for the Kenyan youth and their role in achieving the big 4 agenda.

“We have done this because dignity comes from self-reliance and a sense of contributing to society. If the youth are given a sense of national importance, they will ‘own’ the country and guard it jealously as active ‘shareholders,” Uhuru said.

"I would give President Kenyatta's State of The Nation Address a grade C," panelists on NTV say. #SOTNKe2020 pic.twitter.com/NmxP0nrcxS

He concluded his speech by talking about the BBI report, asking Kenyans to ‘engage in positive discourse with a view to effecting far-reaching changes to that will address the perennial challenges we have faced as a Nation – Negative Ethnicity; inclusion; equitable development and our fight against corruption.’