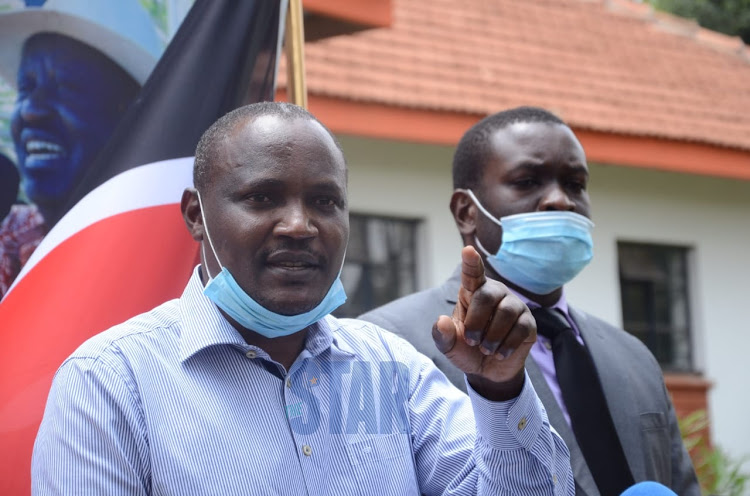 Obado Is Influential In Migori Than Raila ODM in Trouble

KDRTV understands that the governor alongside other family members was charged with embezzlement of the county public funds.

The ODM party resolved to impeach the county boss over such charges, however, a section of senators censured the Hight Court for the tendency of barricading governors from accessing their offices before they are proven guilty of alleged charges.

Obado problems aside, people are now pondering on the fate of the party in the county in Nyanza which is considered the stronghold of the party.

KDRTV understands that the people of Migori unlike other regions in Nyanza have exclusively flouted ODM party as having gone their own styles to elect their own leaders.

In 2013, Governor Okoth Obado first worn the gubernatorial seat on the PDP party.

Again, in 2017, Obado won an ODM party ticket during nominations but the party hesitated to tender him with the certificate.

However, ODM apprehended that they could not win the battle and rendered the ticket to him; perhaps he could still win the position on other party tickets

Currently, the OMD`s bid to have Obado impeached has worsened the situation for the party in the county. Political analysts hint that the impeachment would attract sympathy for Obado and thus the residents could be expected to defy the party in coming elections

As a matter of fact, ODM party officials have divergent opinions concerning the impeachment motion for Governor Obado.