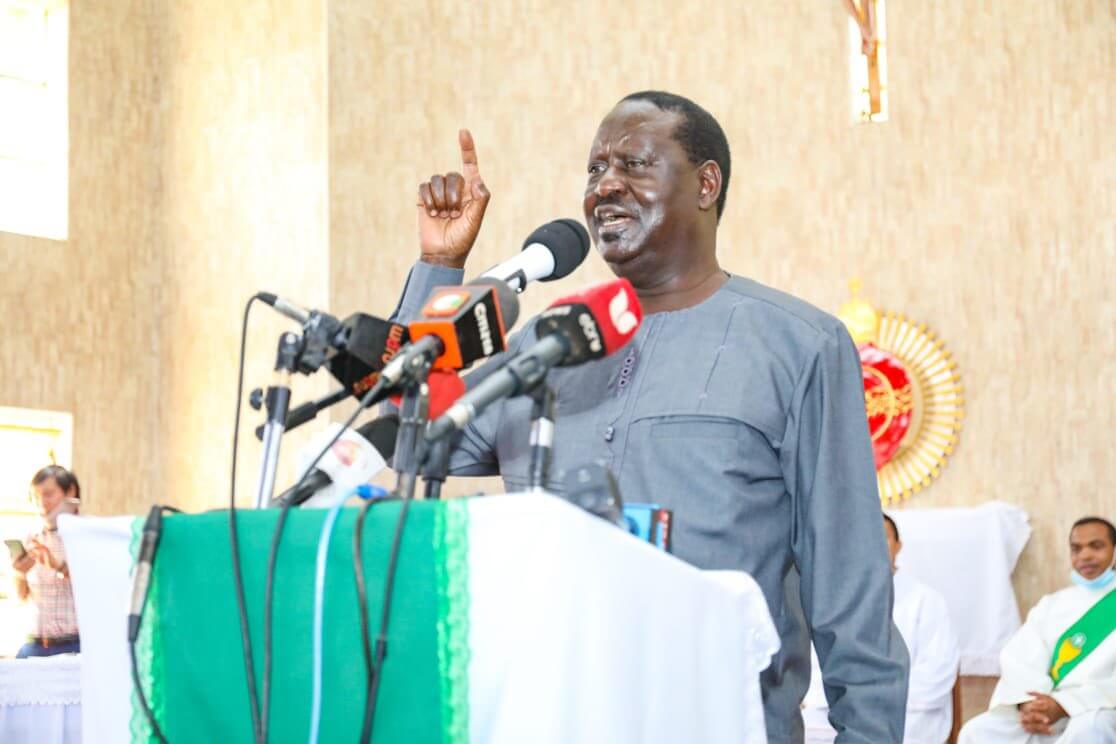 The former Prime Minister specifically pointed out the laptop project and the Jubilee promise of creating a million jobs.

Speaking at a tour of Westlands Constituency on Thursday, Raila also called out DP William Ruto for creating class divisions with his Wheelbarrow politics.

Opposition Leader Raila Odinga continues his onslaught against President Uhuru Kenyatta's administration over failure to fulfill its pre-election pledges. We is on the BBI campaign trail in Westlands, Nairobi.
For more follow @TheStarKenya pic.twitter.com/fLwGX9TPju

He warned residents that the DP cannot be trusted to do anything meaningful as he is a liar.

Raila to Support Ruto under this condition

According to the African Union envoy, Kenyans should support the BBI report as it has sustainable solutions to the problems facing the country.

This is the second week that Raila and his ODM brigade have opted to take on the government, in what seems to be a change of tact.

Where is ODM leader Raila Odinga?

Raila has been one of the most vocal supporters of the government since the 2018 handshake with President Uhuru Kenyatta.

Last year, the ODM boss caused a stir when he called on striking doctors to stop holding the government to ransom and return to work. The medics had downed tools over poor working conditions in the fight against COVID-19.

However, Raila said they were not the only Kenyans dying from the virus.

Today, he looks like a man who has resumed his opposition role, and intending to put the government to account.

Read Also: Raila: Why I have recovered very fast

There has been a fear with the ODM team that their man might be forced to shoulder some of the Jubilee failures in 2022.

It seems Raila’s new strategy is aimed at countering

Prev1 of 2Next
Use your ← → (arrow) keys to browse
Subscribe to watch latests videos
In this article:Headlines, jubilee party, Raila Odinga