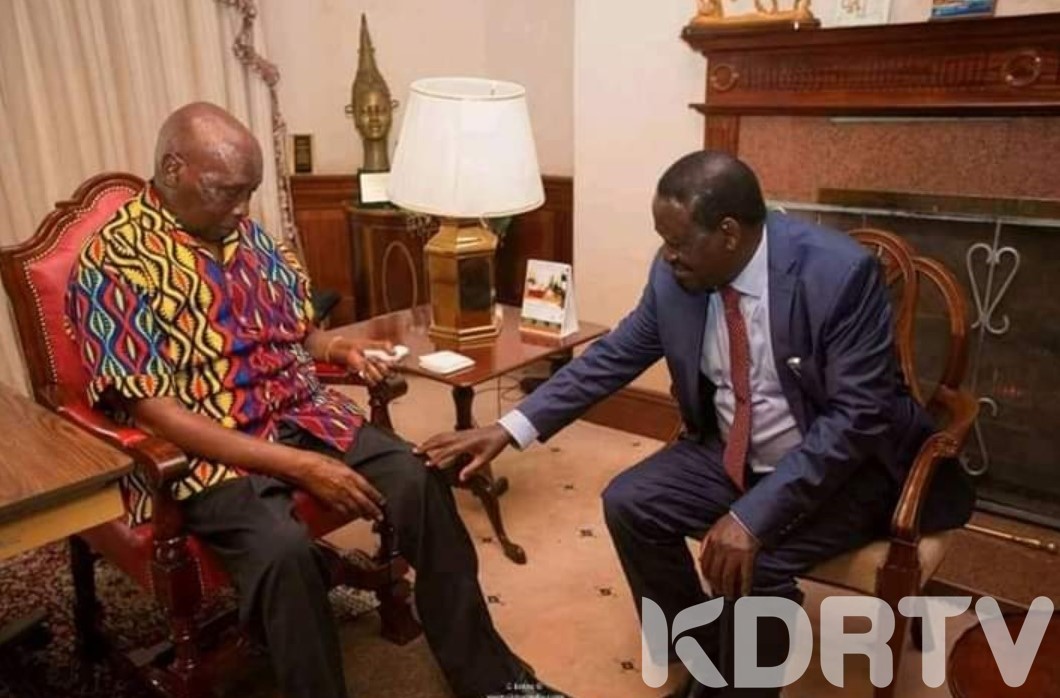 KDRTV-Raila Odinga. Mama Ida and I mourn the passing of President Daniel arap Moi. We give thanks for his long life of service to this nation.

President Moi has had a chequered career and leaves behind a rich history, from representing the Rift Valley in the Legislative Council to MP for Baringo Central, Vice President and President.

I first met President Moi in 1958 when my father Jaramogi Oginga Odinga invited the first African elected members of the Legislative Council to our home in Bondo. I was a teenager and Moi, who represented the Rift Valley, was in the company of Masinde Muliro, Lawrence Oguda, Tom Mboya, Bernard Mate, James Muimi and Ronald Ngala.

They operated under the auspices of African Elected Members Organisation, with Jaramogi as their chairman.

From that initial encounter, our paths and careers were later to cross in various capacities and roles.

Moi inherited a fairly polarised political landscape when he became President in 1978. He strived to hold the country together as he struggled to unite the people, often with mixed results.

The decision by his administration to make the country a single party state became a major point of disagreement in our politics that caused the clamour for the repeal of Section 2 (a).

To his credit, President Moi gave in to the clamour for change and allowed the country to return to multiparty politics. He was constantly able to ease pressure in the country through incremental reforms.

Moi and I reconciled after the political differences of the 1980s and early 90s and we were able to work together to bring more reforms to the country.

Our cooperation gave way to merger with his party KANU, which put the country firmly on the path to a new constitution by enabling the formation of the Constitution of Kenya Review Commission (CKRC).

In his retirement, again to his credit, President Moi carried and conducted himself with complete dignity befitting an elder statesman.

I am grateful for the time I spent with him. At this moment of mourning, our hearts and prayers are with the family and the entire Moi clan.