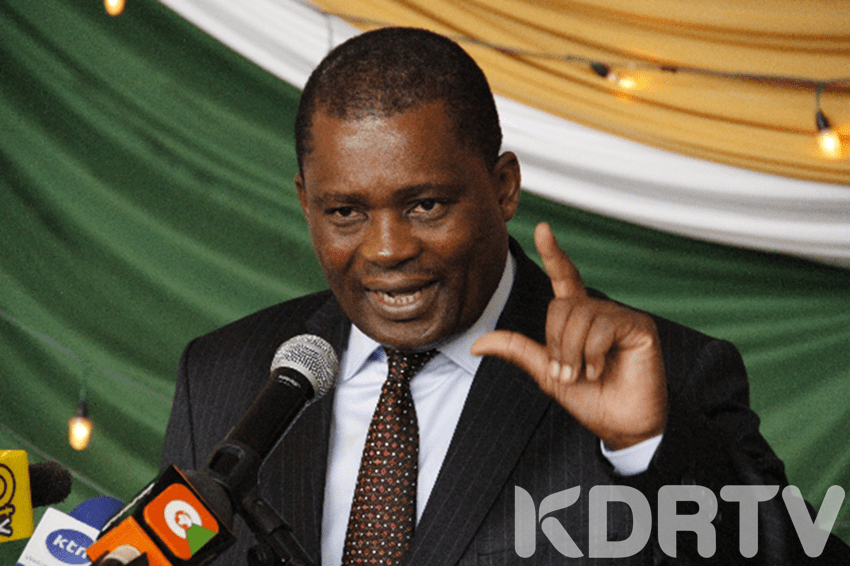 While speaking to press on Munday, Muturi affirmed that the National House standing orders do not permit the BBI Report disclosed last week by President Uhuru Kenyatta to be introduced in the National Assembly in its current form.

“What is it coming to parliament to do? Is it a white paper or government policy document..? It is none of those. Until the owners of the document decide that, yes, it can go to parliament,” said Muturi.

According to Muturi, the BBI report is wholly owned by the executive arm of the government thus it can only be permitted for debate in Parliament as a government,t policy document from the executive through the President`s address.

“This is just a report. It is very embryonic in terms of being a legislative document. But remember whichever method, parliamentary initiative or popular initiative from the people — just like Punguza Mizigo was — , the due process is there,” said Muturi.

Alternatively, the Speaker reiterated that the BBI report can find its way in Parliament in the form of a bill that will be tendered in the county Assemblies for consideration before being introduced in the National and Senate Assembly.

“As it is now, even if there are propositions in that report that could lead to suggestions to amend some parts of Constitution, those proposals have not been reduced into anything that one can talk about legislation. If a time comes that there is need, even if it’s by popular initiative, the process is there,” added Muturi.

The speaker stirred up mixed reactions from the political arena on Sunday when he first pronounced that the report could not find its way in the National Assembly in its current form.

“It has no way of coming to Parliament… You know before it comes to Parliament, then I must approve, but I’ve said it belongs to the people and it has no route to Parliament,” said Muturi at a church fundraiser in Migori.

Consequently, in a response to Muturi`s sentiments, Gatundu South Member of Parliament Moses Kuria said he will commence a move to impeach the speaker.

“Why Justin Muturi would allow himself to be bribed with a tilapia meal by John Mbadi in Migori to rule out a parliamentary route for BBI is a mystery for me. Today (Monday) I will start collecting signatures to impeach him,” said Moses Kuria

As it stands now, politicians are divided on with a section supporting the parliamentary route while others allied to Raila Odinga pushing for BBI referendum