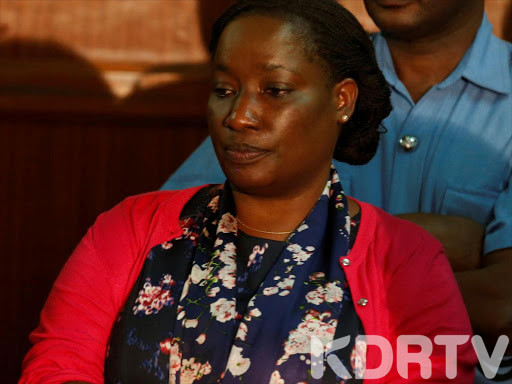 (KDRTV)-Former Youth and Gender Principal Secretary Lilian Omollo on Wednesday, April 15, was ordered by the High Court to forfeit Ksh. 33.6 million to the state

According to the court`s Justice Mumbi Ngugi, the former PS failed to explain the source of funds held in her bank account and bank accounts of her daughter and husband

“The respondents have millions of funds in their accounts and this court has found they are unable to show a legitimate source,” Judge Ngugi said.

However, during the hearing, the Ex-CS asserted that the funds were from the produce of farm owned by the Sahara consultants and her husband Dick Achieng in Uyoma, Siaya county

According to the ormer PS, they grew vegetables such as tomatoes and capsicums in greenhouses

Again, according to her, the second source of the funds was the husband`s consultancy fees allegedly paid for work done in South Sudan

However, according to Justice Ngugi, the documents presented by the Ex-PS alleging that the farm was the legitimate source of the funds were compromised

The Justice also confirmed that none of the documents could show a receipt of funds that could explain deposits of Ksh 500, 000 or Ksh 900, 000 on a single day

The judge also noted that the amounts were deposited in lump sums in excess of Ksh 500, 000 but no evidence revealed any payment of income tax by the respondents

All documents represented in court revealed that amounts in the various bank accounts owned by the former PS were deposited between January 2016 and March 2018 yet she was serving as the PS for Public Service, Youth, and Gender Affairs on December 18, 2015