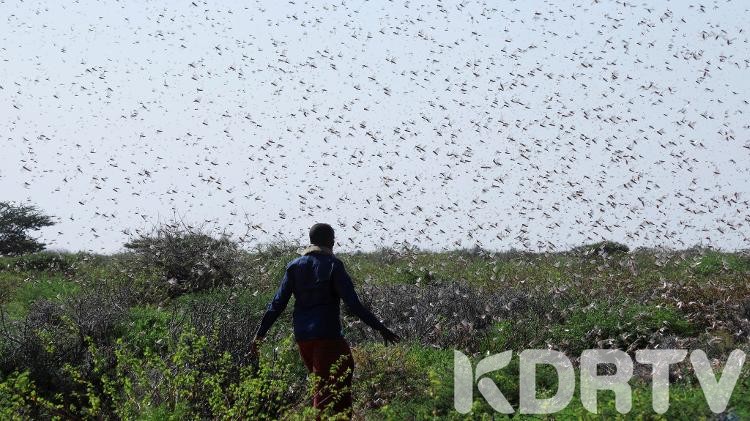 Panic AS Locust Is Spotted In Meru County

The insects that have destroyed vegetations across several areas in the northeastern part of Kenya were seen in large scales tea-growing villages such as Ndunduri, Kathangari, Manyatta and Gicherori on the evening of Thursday, January 30. 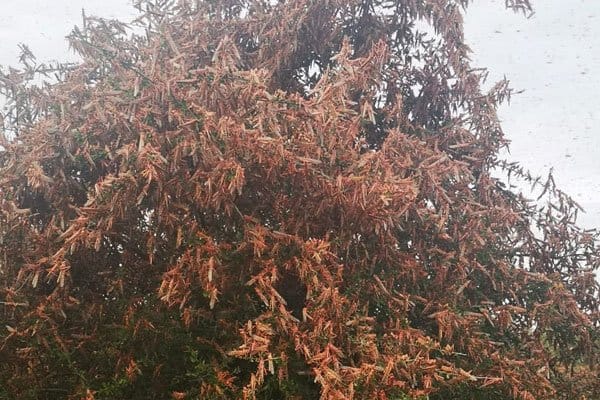 A swarm of locust in Kiambere village in Embu: Daily Nation, source UGC

The area chief Mbogo Mwaniki confirmed the incident saying that the swarm were in the area at around 5;30 according to Daily Nation

“They briefly invaded the villages but migrated to warmer places because the climate here was not favourable for them,” the chief said. 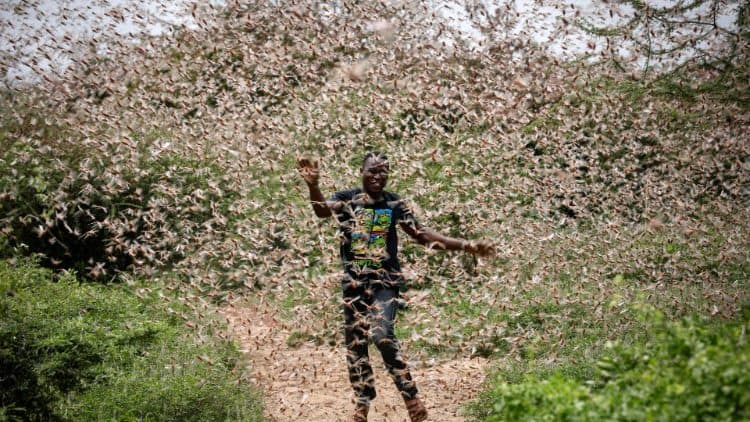 A farmer tries to chase the locusts away after they invaded his farm. Photo: ANSA. Source: UGC

“The insects had to leave because they could not withstand the chilly weather. At first, we were shocked when the locusts invaded the area from Mount Kenya Forest and landed on our farms,” one farmer from the area added.

KDRTV understand that the government had conducted an aerial spray aimed at managing the situation
According to the government spokesperson Cyrus Oguna, the locusts will be controlled
Oguna said that the state had acquired nine aircraft to spray the insects in the affected areas
Read also: Panic AS Locust Is Spotted In Meru County
“We are well equipped to deal with this menace and we shall succeed,” he said.
The insect invaded Kenya on December 2019 from Somalia and have destroyed more than 700 acres of crops and pastures