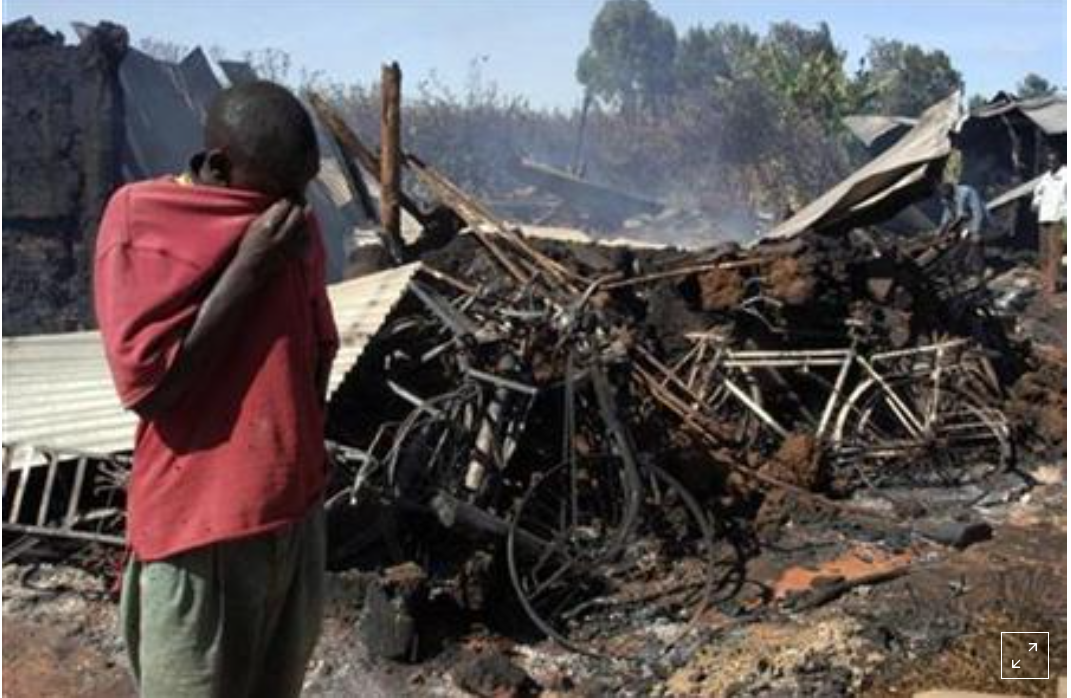 (KDRTV) – The Kiambaa church massacre has been trending on social media this week, especially after Director of Criminal Investigations (DCI) George Kinoti announced that the government is the 2007/8 Post Election Violence (PEV) cases.

At least 30 people, most of them women and children, were torched alive at the Kenya Assemblies of God (KAG) church in Kiambaa on the eve of the new year in January 2008. The victims, mostly from the Kikuyu tribe, had gone to seek refuge at the church located on the outskirts of Eldoret town.

According to witnesses, the attackers blocked the church door with a mattress before setting it ablaze. Those who got out of the church were chased into nearby fields and hacked with machetes.

Lucy Wangui, one of the survivors of the massacre, recounted how her husband was tortured and mutilated in the church.

“We were there and we saw how the fire was lit by some men. My husband could not escape on time… They even removed his eight teeth,” Wangui recounted to the Star Newspaper.

Read Also: Kijabe Hospital on the Spot for Removing Patient’s Brains Instead of Tumor

Wangui’s husband was a pastor at Kiambaa church during the massacre. He spent nine days at Moi Teaching and Referral Hospital in Eldoret and is now preaching in a different place. The family has never been compensated.

In previous interviews, Faith Wairimu recounted to Reuters how she found her husband’s mutilated body in a field near the church. The head and torso were missing and she only recognized the body from the trousers he was wearing.

“Where’s the rest of the body? These things shouldn’t happen in Kenya,” she said.

She said that her mother had been shot by a poisoned arrow a few days earlier.

The Guardian reported the story of a woman who had escaped the inferno with her three-year-old daughter only for the infant to be snatched from her and thrown back to the church.

“They snatched Miriam from me and threw her back into the fire,” Grace Githuthwa said in 2008, a day after the attack.