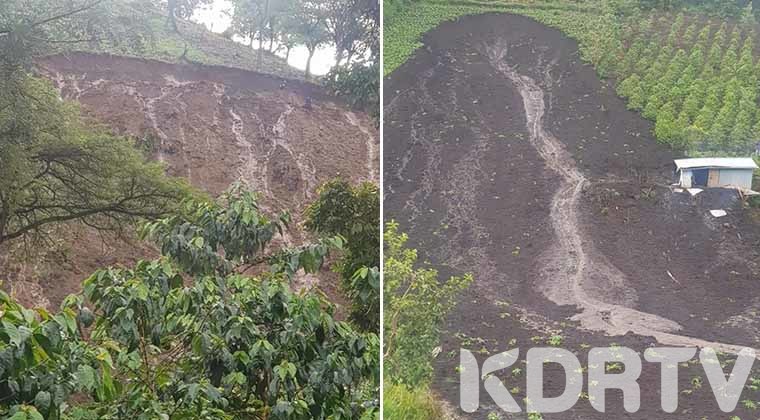 KDRTV has confirmed that three have been in two separate landslides that took place in Kamasian and Kunyak areas.

In another incident, in the neighboring Kunyak Ward, a 7-year-old child from Kiptenden village was also reported to have perished during the incident

Kamasian MCA Philip Rono confirmed that the children died after the house in which they were sleeping in was swept awa.y

Mr. Rono said thair mother who was sleeping in a separate room escape.d

According to the MCA, livestock was also swept away by the floo.ds

By the time our correspondent delivered this report, the bodies of the children were still laying at the scene in Kipkelio.n

However, the body of the child from Kunyak had been taken to Kericho sub-county hospital mortuary

The unfortunate incident forced villagers to spend the night in various schools, which are located on higher grounds.

According to Kericho county commissioner Moses Mbaruku, officers from national and county government are currently assessing the situation

Residents have been moved to safer grounds as heavy rains continue to pound both areas.