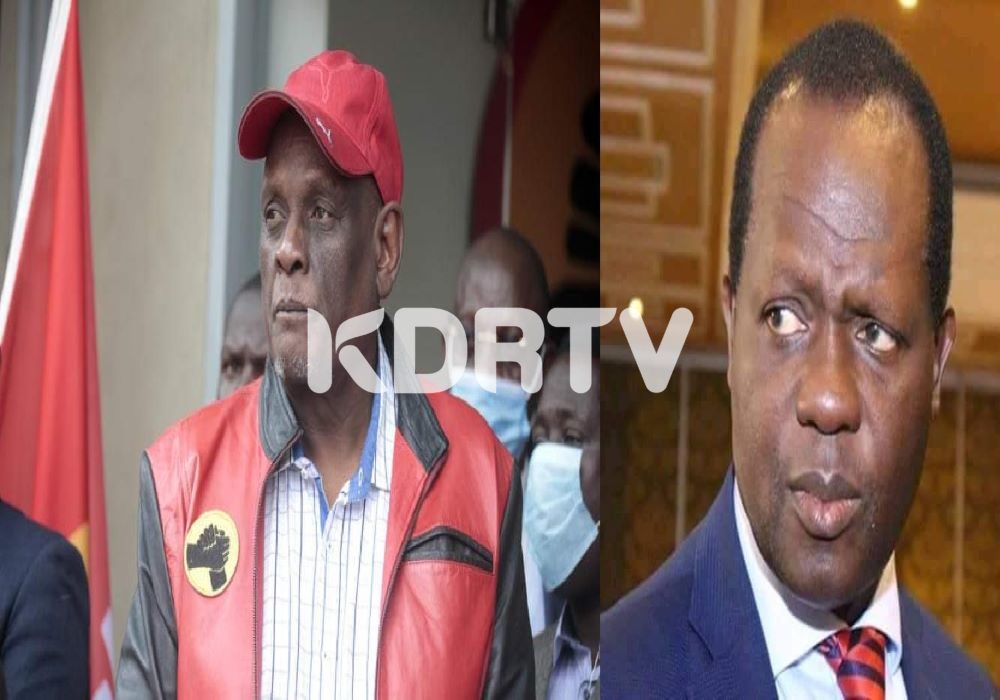 Murathe and Tuju could be axed out of the Jubilee party

KDRTV NEWS: The Jubilee Party’s narrow loss in the Kiambaa by-election has emerged as a fierce blame game in the party.

High-ranking bosses allege that bureaucrats from the president’s office hijacked the campaign strategy and cash, leading to the loss against the UDA party.

A section of the Jubilee party officials is blaming the officials from the president’s office for taking over the campaigns behind the scenes and bullied party campaign managers.

A section of the members o the Jubilee party has blamed Jubilee Secretary General Raphael Tuju and Deputy Party Chair David Murathe for failing to offer leadership during the polls which led to defeat.

However, the top party officials have given reasons for the loss of the by-election.

Tuju who was speaking on Citizen TV on Thursday, May 20 blaming voter low turnout for the loss in the in the Juja by-election. Tuju promised to revive the party after the Juja loss however that was not reflected on the Kiambaa by-election.

The blame game for some people take up the roles of the other have marred to ruling party.

“It is easy to have the blame on party officials but we are relegated to the periphery as some people ran what should be our mandate,” the official said.

“People at the OP (Office of the President) should restrict themselves to the issuance of IDs, provision of relief food and such like functions,” the official said, adding they are infuriated by the unfolding events.

A section of the Jubilee party members are now pressing for the party to fire the top management of the including Rapaheal Tuju and David Murathe.

Kieni MP Kanini Kega is the iconic Jubilee party members who wanted the top officials to resign however, he listed the the President, deputy secretary general Joshua Kutuny, acting executive director Wambui Gichuru and Director of communication Albert Memusi as those who should not surrender their positions.

However, Rapheal Tuju and David Murathe were missing in the list of people who should not resign.

“We have to make some painful and hard decisions as we move forward. If you are a Jubilee national official and your name is not in the list, kindly submit your letter of resignation immediately before we physically eject you from the headquarters,” Kanini, a close confidant of the President, wrote on social media on Saturday.