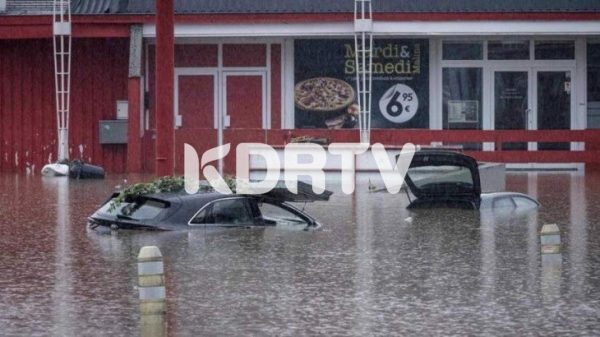 The flood scene in Belgium

KDRTV NEWS: The Belgian Prime Minister De Croo is on Sartuday headed to flood scene in the country as authorities warn that the death toll would increase.

The PM is head to the river valleys of Eastern Belgium newar the border with Germany.

The PM will be joined by the European Commision president Ursula von der Leyen.

As per Friday night, the official death toll was 20 with about 20 people who were still unaccounted for.

The authorities said that the officil figures will be released later in the day, however, they confirmed that the death toll is likely to rise.

The floods were due to heavy rainfall in experienced in the region.

Germany was the greatly hit country and they had registered about 120 deaths by Friday.

Reports indicate that the skies were clearing and the rainfall had abated but the previous floods.

At the same time KDRTV estblished that the police was going door to door, checking on residenrs and De Croo had declared Tuesday the eve of Belgium`s national day; a day of official mourning.

Currently, authorites estimates the cumulative death toll at 150. However, hudreds are still missing across the Western Europe which was affected by the severe climatic changes.

Other European countries that were also hit by the floods include Switzerland, Luxembourg and Netherlands.

However scientists have balmed various government for failing to protect their citizens against the impacts of the extreme weather changes despite the early warnings afforded to them.