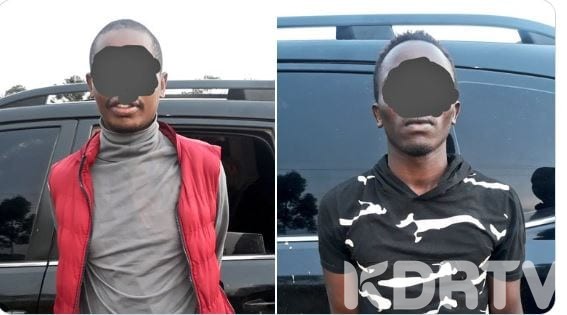 The two brothers Emmanuel Kimutai Kosgei alias Kemxy, 31, and Isaac Kibet Yego, 19, were arrested on Saturday by Directorate of Criminal Investigation (DCI) detectives at the Ngeria area in Uasin Gishu

According to a report by the police, the two are being questioned in Eldoret are set to be arraigned next week

During the probe, the police recovered a laptop and a mobile phone used to publish the post on Facebook from the duo

However, Dr. Fred Matiang`i criticized the claims that he had tested positive for COVID-19 and described the individuals circulating such allegations as “mentally deranged” and said that they are keen to distract him from his responsibilities

“I have told the DCI and the Inspector General of Police and they are trying to investigate. We hope that we shall get to the bottom of the situation,” he said in an interview at his Harambee House office on Friday.

At the same time, the Interior CS stated that he has been tested thrice for COVID-19 and said he would proclaim his status in case he contracts the novel virus