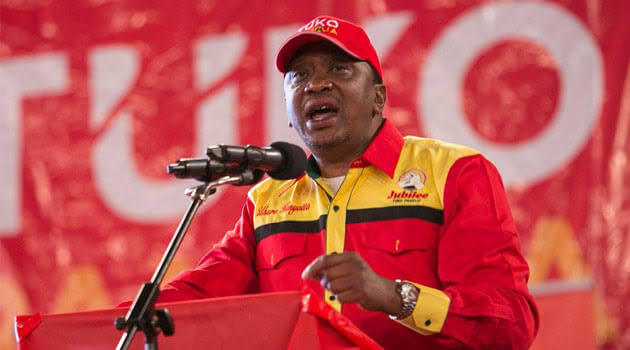 According to sources, Uhuru has is set to host the first strategy meeting at his Gicheha farm on Saturday.

The farm will be converted to the campaign headquarters until elections are held in March.

Jubilee has fielded Francis Njoroge Njogu to contest for the London seat which fell vacant following the death of Former MCA Samwel Mbugu a in November.

The President will come up in a direct clash with his Deputy William Ruto who has endorsed Antony Wachira for the same seat. Wachira is running on a UDA ticket.

The DP was in Nakuru last weekend, where he drummed up support for UDA candidates in London and Hell’s Gate by-election.

This led to a dramatic letter from a top Jubilee official who warned that the party would take disciplinary action against Ruto for endorsing another candidate in the Nakuru by-elections.

Political commentators are waiting to see how the President’s active involvement in the Nakuru by-elections, will affect his already fragile relationship with Ruto.

Uhuru has kept off politics, choosing to focus on service delivery since 2017.

However, the President was dramatically pictured with ODM candidate Omar Boga in December last year ahead of the Msambweni by-election.

This did not end well, as Boga lost the election to Feisal Bader, an Independent candidate supported by the DP and his allies.