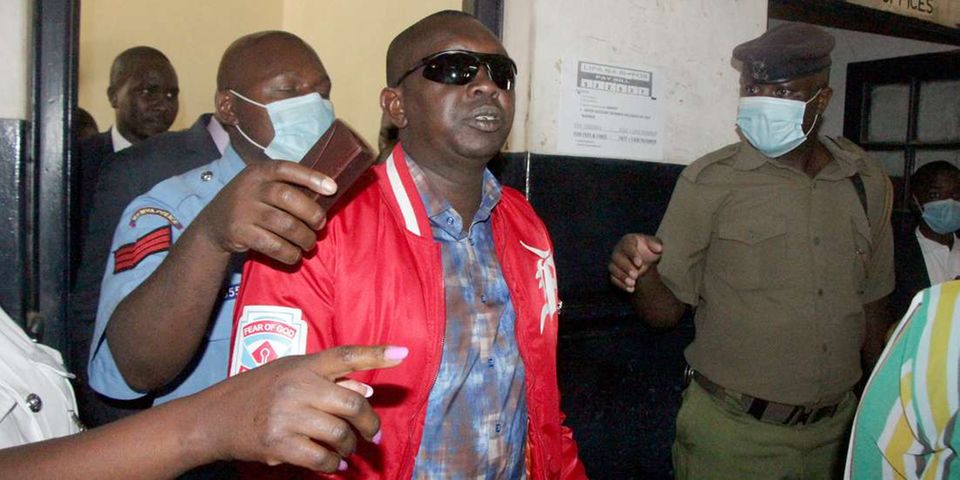 There have a lot of questions after two members of the elite squad were arrested at the lawmaker’s Kapseret home on Friday evening. Police say the officers are the ones who helped Sudi escape arrest.

Two officers; Simon Siengo and Issack Dida were arrested in the compound. However, police claim their boss only identified as Chief Inspector Ekiru escaped arrest. Ekiru is believed to be the one who eloped with Sudi.

Barasa says Sudi had invited the three officers for dinner at his home. He said the three, who were attached to Deputy President William Ruto, were on their way to Nairobi after dropping the DP at his Sugoi Home.

“They were in Sugoi with the DP and had just fallen out from their assignment. Sudi had organized for them to sleep in Eldoret before returning to Nairobi,” the Kimilili MP, who is a close friend to Oscar Sudi said.

What was presidential escort unit men doing at Oscar sudi's place, it means there is breech of command in the armed forces,we might be going to the South Sudan way.(helping sudi to escape)to where.

Barasa refuted claims that the three officers were at the home to help Sudi evade arrest. He said despite being members of PEU, the officers were allowed to have friends.

On Sudi’s whereabouts, Barasa told the media that the embattled MP left Kapseret to Iten Town in Elgeyo Marakwet County where he also has a home with a third wife.

Why Was Presidential Escort Unit at Oscar Sudi Home? pic.twitter.com/YPjuaIteGy

Sudi presented himself to the police on Sunday morning. He has been in custody since then as police seek to charge him with five criminal offenses.