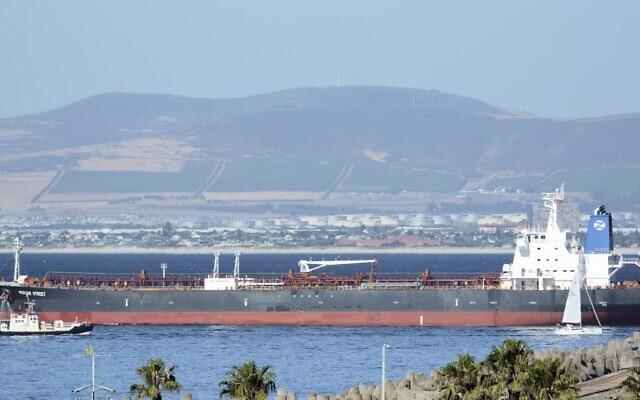 KDRTV NEWS: The UK and US have vowed to confront Iran for attacking an oil tanker leading to the death of two crew; A British national and a Romanian citizen.

The two powers called the attack violation of the international law.

The MV Merce Street that is operated by an Israeli-owned firm was attacked off Oman on Thursday.

The declaration by the two world powers emerged after Israeli Prime Minister Naftali Bennett said there was evidence that Iran was responsible for the deadly attack.

“we know how to send a message to Iran in our own way.”

However, Iran said that those were baseless accusations.

The attack of the oil tanker is considered to be the latest escalation in an undecalred war between Israel and Iran.

Iran has also accused Israel of targeting its nuclear sites and scientists.

The UK Foreign Secretary Dominic Raab said that London beliebe that Iran had used one or more drones in the atatcked and called it:

deliberate, targeted, and a clear violation of international law”.

“Iran must end such attacks, and vessels must be allowed to navigate freely,” he added.

The US Secratry of State also said the Washington was also confident that Iran was involved in the attack and that appropriate response would follow.

The Israeli PM also said that it expected the international community to tell Iran that it has made a serious mistake.

While not conceding anything, the Iran`s foreign minsitry spokesperson said that the regime of Isreal has created insecurity, terror and violence.

The spokesperson said that Israel must stop baseless accusation warning that whoever sows the wind reaps the whirlwind.

The escalated tension sprung after talks between world powers and Iran on its nuclear programe failed.

World powers are suspicious that Iran might be seeking to build nuclear weapons in violatons of conventions, however, Iran has strongly denied such allegations.