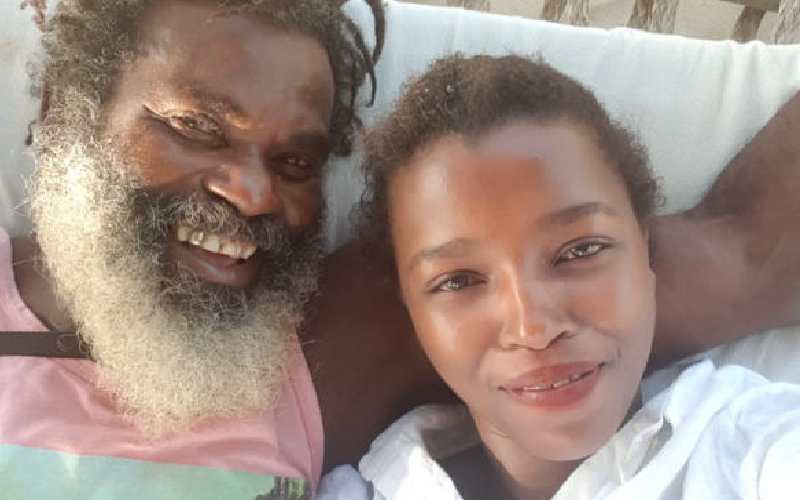 The money, which translates to Ksh 250,000 per month was transacted through the bank and MPESA.

So Omar Lali used to get 250k per month then kuna sisi wenye lazima we beg ndio tupewe. Earth is hard😂😂😂

Keroche CEO Tabitha Karanja told a Nairobi Court on Tuesday that she believed Omar Lali, who was more than 20 years older than her daughter, was using Tecra for financial benefits.

“It should be the other way round,” Tabitha said during an inquest into Tecra’s death.

Tecra is said to have changed after meeting Omar Lali. Her relationship with family and friends became strained as Lali did not want anyone near her.

Friends revealed how Lali almost fought with Tecra’s brother during a trip to Tanzania.

Keroche boss: Old, lazy boyfriend killed my daughter for her money. Karanja said they tried to convince Tecra to stop dating Omar Lali in vain. Tecra died on May 2 at a Nairobi hospital while undergoing treatment following a fall in Lamu.#500MBFree Raila Odinga Daily Nation pic.twitter.com/tODagRW91M

Tecra died in May last year. She had allegedly fallen at a holiday house in Lamu County weeks earlier.

However, her family insists that she didn’t fall and Lali had something to do with the accident.

Lali claimed that Tecra was drunk on the fateful night. However, doctors found no traces of alcohol in her blood. Her mother insists she was pushed.

Tabitha told the inquest that she wanted justice for her daughter.

Lali did not attend the inquest. He was also not represented.