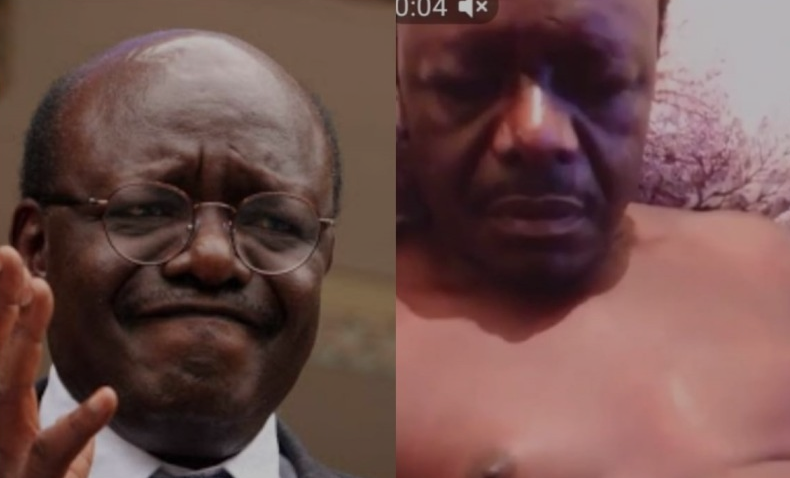 Presidential aspirant Mukhisa Kituyi opened up about his alleged nude video that was leaked on social media in June 2021.

Speaking in an NTV interview, Kituyi was forced to speak on the video that went viral even though he said a couple of times that he shouldn’t address the matter.

After being corned by the interviewer, Kituyi finally said that he has been avoiding the topic because it’s dirty politics.

“I don’t want to speak much about it the video because it’s all in the past and In as much as most people would like me to open up about it, all I can say is that this was due to dirty politics”, he said.

After the viral video was shared online three months ago, Kituyi quickly confirmed it was a fake video from his competitors to derail his 2022 presidential campaign.

“This video seals the fate of Dr. Mukhisa’s ambition and he won’t heal from it because it has really tainted his image as a person and it will be a herculean task to overcome this test” said one famous politician from the western region who didn’t want to reveal his identity.

His interview with NTV comes after the politician released his campaign video.

In the video, Kituyi said that having been raised from an economically disadvantaged family and understands the challenges facing Kenyans ranging from hunger and shortage of basic necessities.

“I was raised in a poor background and from an earlier life, I experienced hunger and scarcity. I know what you are going through. But by the grace of God, I managed to get high-class education and had the privilege to serve as a government minister and the first Kenyan Head of a United Nations organization,” said Kituyi.