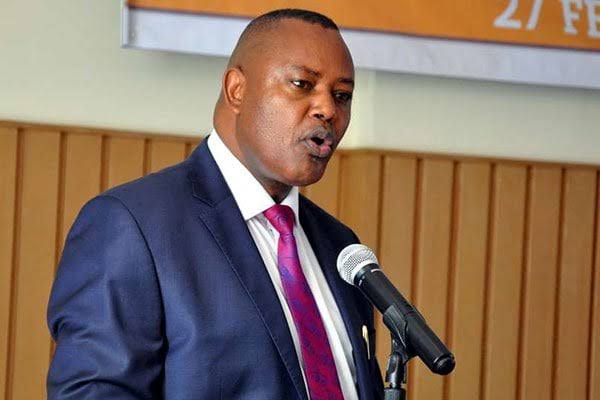 The DP’s friends believe Kinoti is reopening the cases for political reasons.

Kikuyu MP Kimani Ngunjiri, a key supporter of the DP, said Kinoti has always been used for political reason. He mentioned the fight against corruption which failed terribly.

Let's pray for George Kinoti and his Team,

According to Ichungwah, reviving the PEV cases is meant to help pass the BBI report.

A number of netizens have also voiced their opinions on the move to revive the cases, with most of them claiming that it could be targeted at blocking Ruto from the ballot in the 2022 elections.

Kinoti announced on Monday that Directorate will investigate the cases to their logical conclusion.

Speaking in a meeting with some of the victims, the chief crime buster revealed that that had recorded 118 statements, out of which 72 were homicide cases while 44 were violently kicked out of their homes.

Read Also: The Big Fight Between Kinoti and Haji

He urged more victims to come out and speak the truth on what happened, in what has been described as Kenya’s darkest hour.

“We have told everyone to write the truth of what happened. We have told them not to fear… The government has given us firm instructions to ensure that never again should we go collecting bodies and having mass graves in this country because of elections,” he said.

DCI George Kinoti: We have registered around 72 cases from those whose wives/husbands/children were killed…We have recorded cases of some who were driven out of their homes…We have 118 cases in total registered today with complainants and witnesses pic.twitter.com/ttOwY5dk2p

Kinoti also said that some of the victims have been receiving fresh threats.

Supporters of Presidential candidates Mwai Kibaki and Raila Odinga clashed after the former was announced the winner despite the latter leading in the preliminary results.

At least 1300 people were killed in the clashes were reported in Kibra, Naivasha, Nakuru, Eldoret and some parts of Kisumu.

The International Criminal Court (ICC) opened cases against six Kenyans over the violence. The cases were later dropped.