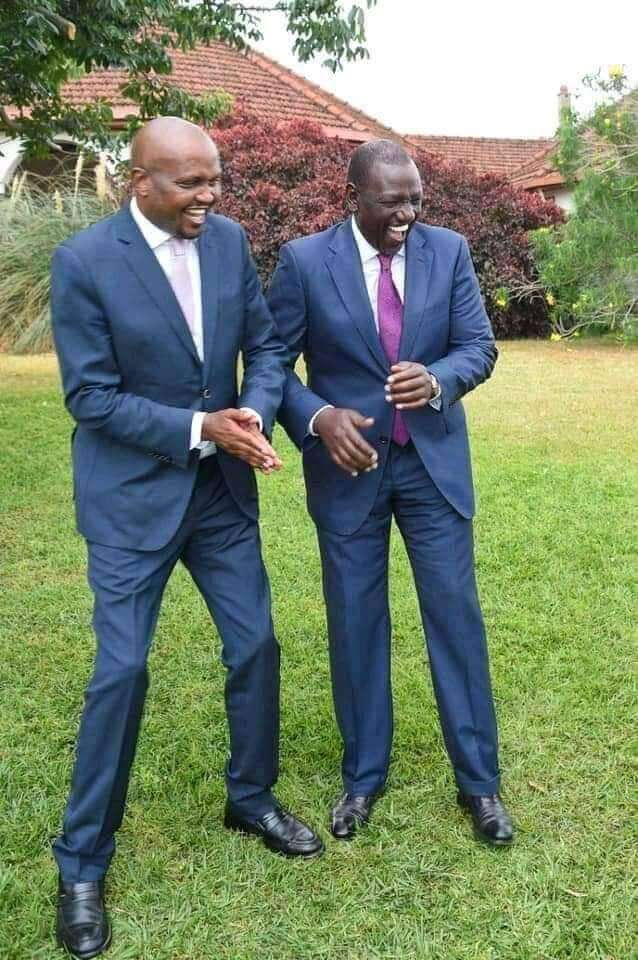 Through his official social media pages, Ruto said that it was a blessing to have Kuria both as a friend and one of the champions of the hustler movement.

“We celebrate you Hon Moses Kuria as you turn 50. It’s a blessing to have you as a friend and one of the champions of the hustler movement. Happy birthday,” Ruto said in a statement.

We celebrate you Mheshimiwa @HonMoses_Kuria as you turn 50. It’s a blessing to have you as a friend and one of the champions of the hustler movement. Happy birthday! pic.twitter.com/iR0CKSVofv

Moses Kuria thanked Ruto for the birthday wishes, adding that he will remain loyal and not treacherous like some people, in a jibe directed at President Uhuru Kenyatta.

Kuria is one of the Mt Kenya leaders who have remained solidly behind Ruto despite being persecuted by the State.

However, he does not see eye to eye with the President and has never shied away from criticizing the Jubilee government in public.

Read Also: Moses Kuria Claims His Life is in Danger

In December 2019, Kuria claimed that Mt Kenya region had been neglected by Uhuru and his Jubilee administration. His sentiments led to a bitter rebutal from the President.

Currently, Kuria is one of the many Mt Kenya MPs who are opposed to the BBI referendum. He has publicly opposed the referendum over its cost and the proposed plans to increase the number of MPs, which he calls a double-decker government