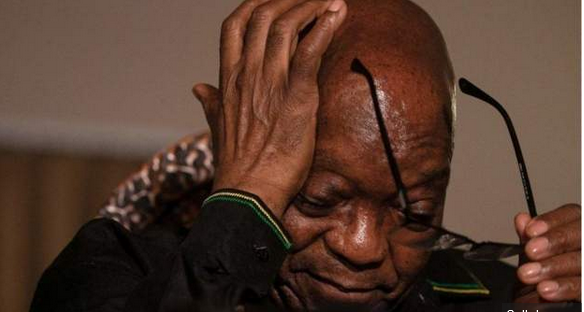 KDRTV NEWS: Former South Africa President Jacob Zuma, now serving a 15-month jail term, has been admitted to a hospital outside the prison.

Authorities said that he was outside the prison to seek medical observation.

His foundation said that he was just on an annual medical routine check-up, and thus there is no need to be alarmed.

Authorities said that Zuma being a former head of state, he s being treated at a military facility.

On their side, the prison authorities said that Zuma is entitled to seek medical treatment just like other detained persons.

Media Statement Issued By The Department of Correctional Services

The Department of Correctional Services can confirm that Former President, Jacob Zuma, has today, 06 August 2021, been admitted to an outside hospital for medical observation. pic.twitter.com/LoviT4oCwW

The imprisonment of the former head of state leads to violent protests that were marred by the shooting of civilians and looting.

Some criminals took advantage of the situation and robbed shops while other torched buses and su[permarkets.

Zuma was imprisoned for contempt of court order on a graft case.

Zuma and his supporters believed that he is innocent and his woes are just political witchhunts by his predecessor Cyril Ramaphosa.

The former president is scheduled to appear on a separate issue: an arms deal corruption case.

He pleaded guilty to involvement in the $5bn deal.