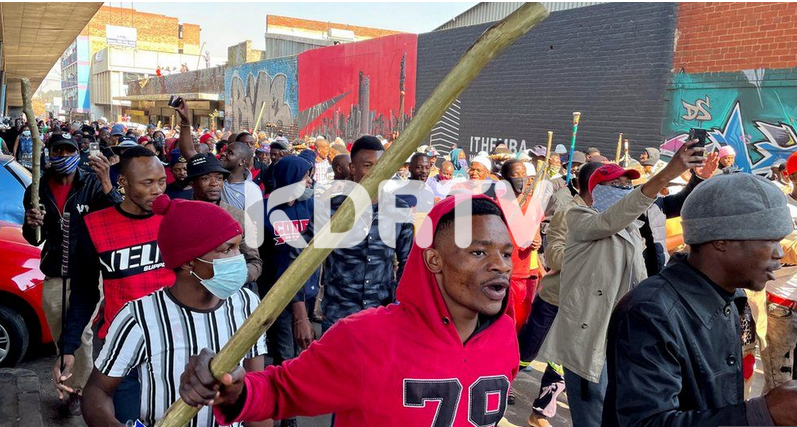 KDRTV PRETORIA: At least six people have been killed following unrest in South Africa after the jailing of former President Jacob Zuma.

At the same time, at least 200 people have been arrested since the beginning of the unrest that started after Jacob Zuma handed himself in and began his 15month sentence.

KDRTV has verified reports of shops being looted and buildings set on fire on Monday as Zuma challenged his sentence at the hearing of the top court.

According to our previous reports, the former president was convicted after contempt of court after failing to attend an inquiry into corruption during his regime.

The 79-year-old has denied corruption accusation and he is hoping to have his sentence reduced in the Constitutional Court Hearing.

However, law experts have said that his chances of win are very thin.

This is the first time a former South African president is being jailed sparking legal drama in the country.

Reports indicate that a shopping center in the Pietermaritzburg, in Zuma`s home province of KwaZulu-Natal was set ablaze on Monday.

Other buildings and vehicles have also been set alight in the province.

According to BBC NEWS reports, the protestors respondent with live ammunition when the riot police officers fired rubber bullets to disperse them at one shopping center that was being looted.

The South African police say that criminals have taken advantage of the chaotic situations.

The violence has also spread to other parts including Johannesburg in Gauteng province.

The violence has halted Covid control measures as many Covid vaccination centers have closed.

The military said that they have deployed their troops to help the police “quell the unrest that has gripped both [provinces] in the last few days”.

President Cyril Ramaphosa has pleaded for calm saying there is no justification for the violence.