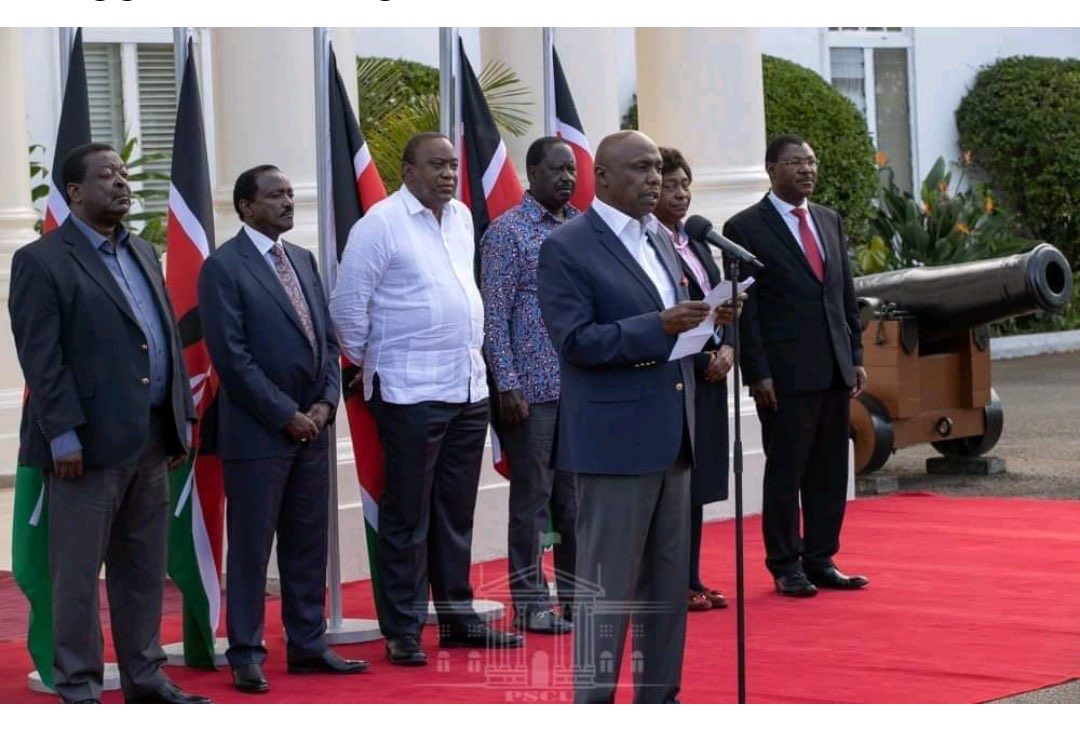 (KDRTV) – BBI proponents have planned an ambitious nationwide campaign to drum up support for the BBI Bill ahead of the referendum, sources have revealed.

President Uhuru Kenyatta chaired a meeting of seven political parties’ leaders at State House on Thursday. KDRTV understands the meeting discussed a roadmap for the referendum campaigns in detail.

The leaders, who included: Raila Odinga, Kalonzo Musyoka, Musalia Mudavadi, Charity Ngilu, Gideon Moi, and Moses Wetangula agreed to start the campaigns at the Kenyan Coast with the first rally to be held in Mombasa. The BBI train will then head to Western Kenya.

BBI Secretariat co-chair Junet Mohammed told a local daily that they have a clear roadmap that will see them reach out to every Kenyan in their place of work. Junet’s team is in the process of identifying senior politicians to spearhead regional campaigns.

However, before hitting the road, the leaders will hold a consultative meeting with MPs and County leadership on March 9. The date coincides with the third anniversary of the handshake between Uhuru and Raila which birthed the BBI report.

Read Also: William Ruto has no money to oppose BBI

President Uhuru Kenyatta and his handshake brother further feel that it is possible to have a referendum in May and not June as had earlier been projected.

This is because the Bill is expected to face zero hurdles both at the national assembly and Senate where it will be discussed from next week.

Subscribe to watch latests videos
In this article:BBI Bill, Headlines