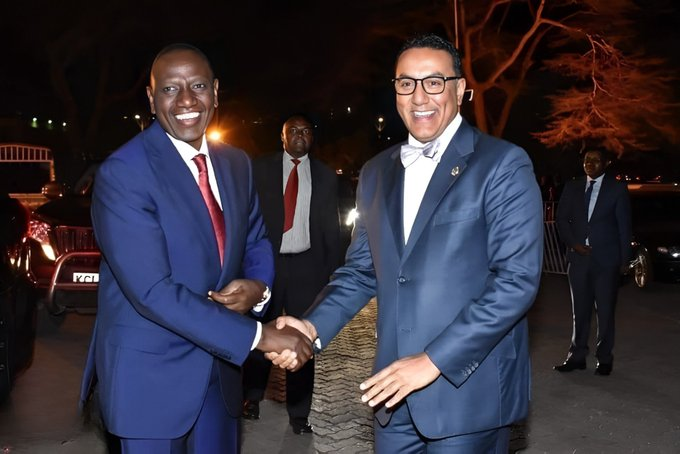 Canada based Kenyan Lawyer Dr Miguna Miguna has blasted Tourism CS Najib Balala after he intimated that he would like to serve in William Ruto’s Government.

Balala made these comments on Friday, when he released Kenya’s Tourism Sector Performance Report for the first half of the year.

Miguna however reacted to Balala’s remarks and asked him to retire and take a back seat after he served in the docket for more than 10 years.

Miguna opined that there are a number of young Kenyans who are capable of filling Balala’s position should Ruto decide to snub him.

“To my friend Najib Balala, you are NOT the only Kenyan who was born to serve as cabinet secretary for tourism. You have held that position for more than 15 years. That’s enough. Move on. Retire. Find something else to do. There are 35 million unemployed Kenyans,” Miguna remarked.

To further his point, Miguna posted a video of CS Balala criticizing President-elect William Ruto prior to the former DP’s election victory.

“My friend Najib Balala, This was just months ago. Your buddy to the right- Keriako Tobiko- called President-elect William Ruto a “mere clerk” while you told him to “go to hell”. Joho called Ruto names we cannot repeat. Did you think that we forgot?” posed Miguna.

In contrast, other Kenyans congratulated the CS for expressing his willingness to collaborate with the incoming administration.

A subset of online users praised him for calling out the four Independent Electoral and Boundaries Commission (IEBC) commissioners, led by vice chairperson Juliana Cherera, who dissented against the presidential results.

Najib Balala was the first Cabinet Secretary in the Uhuru administration to publicly congratulate Ruto on his win as president-elect.

Balala joined the Uhuru Cabinet in 2013 and has served in the Jubilee administration for two terms.