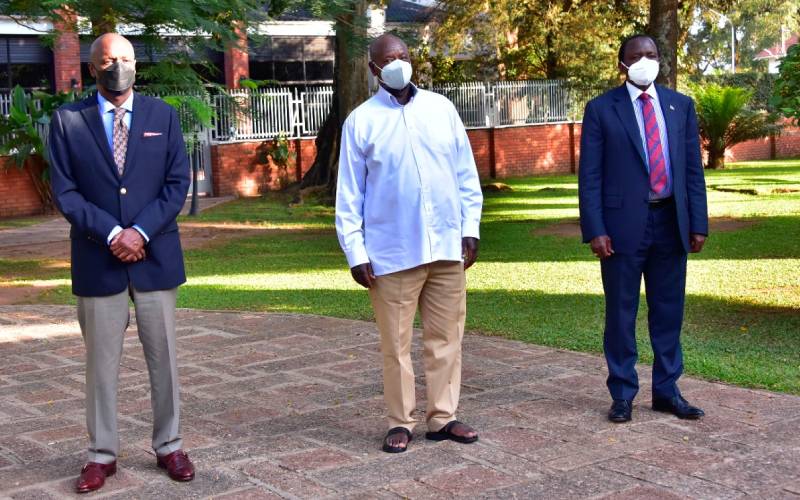 The meeting, which took place at the Nakasero State House, was dominated by the current crisis in South Sudan between President Salva Kiir and his first Vice President Riek Machar.

Kalonzo is a special envoy to the republic of south Sudan a role he was given back in 2018. 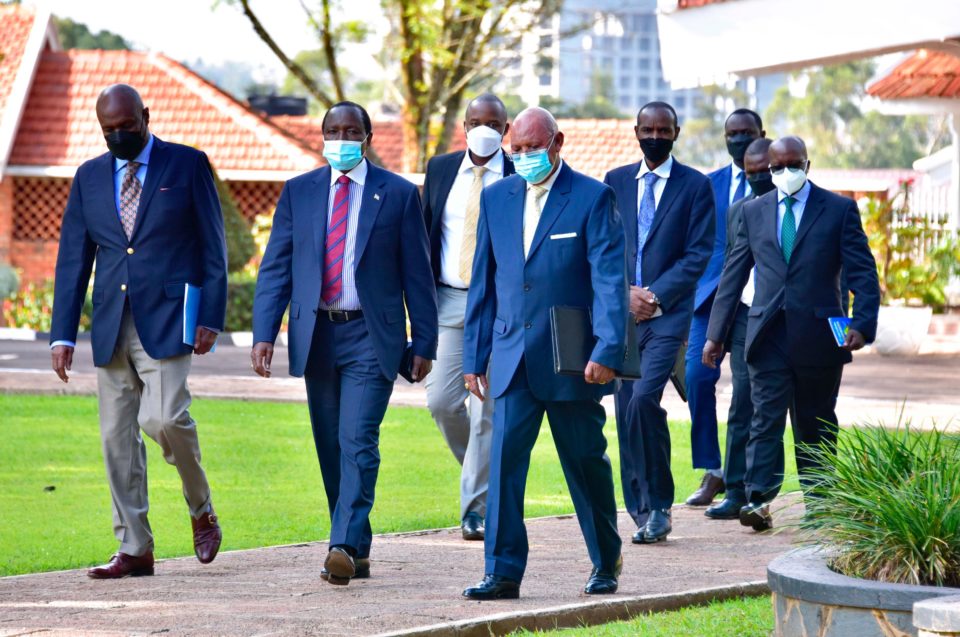 It is uncertain if Kenyan succession politics were discussed in the meeting, but Gideon Moi’s presence hints that the meeting may have extended beyond the South Sudan crisis and the Kenya-Uganda bilateral talks.

S. Sudan is a strategic member of EAC. We’ll work towards restoring peace and stability in S. Sudan during the forthcoming peace retreat with President Salva Kiir and VP Riek Machar.

Museveni has been seen as a DP William Ruto ally and has hosted him in the country several times. Museveni also had a close friendship with Gideon Moi’s late father, Daniel Arap Moi.

Even though DP William Ruto campaigned for Museveni and his National Resistance Movement (NRM) Party in the Ugandan presidential elections in 2016 and 2021, Museveni recently stated that he would not take sides in the August 9 general elections.

“The elections in Kenya or any other country is a matter of the people of that country. Those people are the ones who are competent in deciding what to do. Supporting Ruto, we’ll never do anything like that. We shall never take sides,” he remarked.