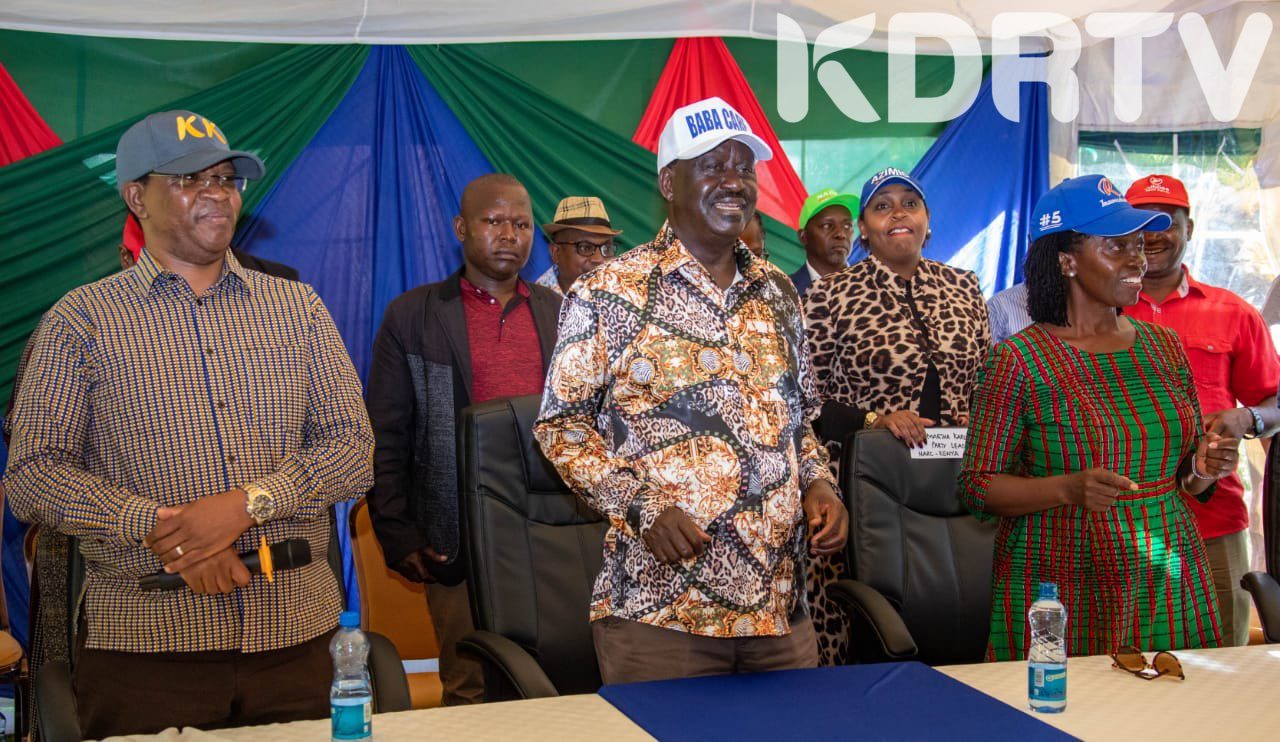 The Azimio running mate selection panel has shortlisted 8 politicians in the search for Raila Odinga’s running mate while dismissing 13 others.

The 8 who have been shortlisted include; Wiper party leader Kalonzo Musyoka, Martha Karua of Narc Kenya, and Gideon Moi of KANU.

“The Committee of Eminent Persons that is mandated with the search for a suitable candidate to be the running mate for the Azimio La Umoja One Kenya Alliance Presidential Candidate received 20 applications in response to the invitation for expression of interest,” Azimio panel chairperson Noah Wekesa said.

The 8 are set to be vetted and interviewed for suitability ahead of the May 16 IEBC deadline.

The selection also committee indicated that it seeks a candidate with integrity, a strong support base and the ability to consolidate votes, a dedication to constitutionalism, originality, compatibility with the presidential candidate, and either loyalty or submission.

Notably, Martha Karua has steadily positioned herself as the most favored running partner candidate in the Azimio coalition.

Kalonzo, who has openly criticized the process on the grounds that he favors conversation with President Uhuru Kenyatta and ODM leader Raila Odinga, said on Friday, May 6 that his application has been sent to the selection panel for consideration.

Political analysts believe Kalonzo may have talked himself out of a job by laying out a series of demands and making inflammatory statements.