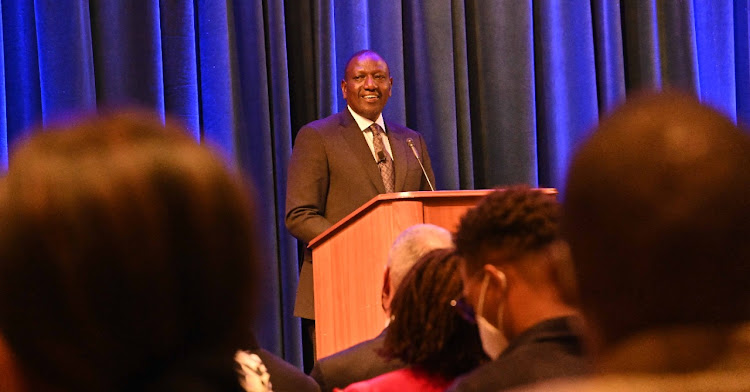 Deputy President William Ruto has slammed Central Organization of Trade Union boss Francis Atwoli as a stupid person who has failed to cater for the interests of workers in Kenya.

Speaking to Kenyans in diaspora in the United Kingdom on Sunday evening the second in command revealed how Atwoli had moved to court to stop NHIF cover regulation.

“When we came into office, we had 3.8 million people contributing to NHIF. Each was contributing Sh320. We decided to adjust so that people who earn more can pay Sh5000. We changed the regulation but we were taken to court by a stupid man called Atwoli,” Ruto quipped.

“I have no regret to say he is a stupid man because he is a very foolish person. Because he is supposed to be representing the lower people. What business does he have defending the deputy president not to pay Sh5000? And those are people roaming the corridors of power giving us lectures. What Kind of lectures are you giving us?” he added.

Ruto and Atwoli have been at odds since the COTU secretary-general stated that the Deputy President will not win the August 9 general election.

Atwoli has been a vocal critic of the DP, accusing him of corruption and incompetence while maintaining that he is unfit to be president.

While speaking on February 8 in Mombasa County, Atwoli advised William Ruto’s handlers to cut trees in Sugoi so that the second in command cannot hang himself if he loses to Raila Odinga.