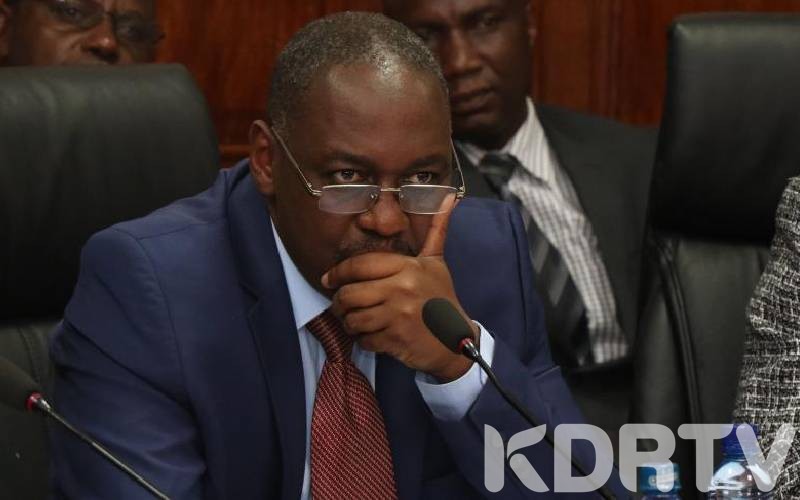 (KDRTV)- The Orange Democratic Movement (ODM) party through MP Opiyo Wandayi, now wants the referendum to be held in April asserting that all signs reveal that the issues that could have delayed the process have been leveled out.

Ugunja MP and the party`s director of political affairs, on Sunday, urged the BBI Secretariat to track the process and harmonize the Round- Two recommendations to allow a referendum to be held by April

Speaking in his constituency, Wandayi said that the events the ensued during BBI consultive meeting in  Mombasa on Sartuday reveal clear signs that the country had agreed on the various issues that would have delayed the process

Wandayi suggested that the Yusuf-Haji-led task-force should immediately begin drafting bills on  matters that will require legislation before April, reiterating that the task force has no reason to wait until June as hinted in their extended term

“A lot of ground has been covered and issues that were hitherto contentious have now been agreed upon, including suggestions to create the office of a powerful Prime Minister and two Deputies. Both sides of the political divide on Saturday demonstrated support for BBI in totality,” he said

“We don’t want power concentrated in the presidency. Power must be dispersed. A powerful prime minister will check the excesses of an imperial president,” he said, adding that the party was opposed to the creation of a toothless PM.

KDRTV understands that there are also other several proposals that were made by the coastal leaders but Wanday`s sentiments reveal that seemingly the calls had been ironed out;