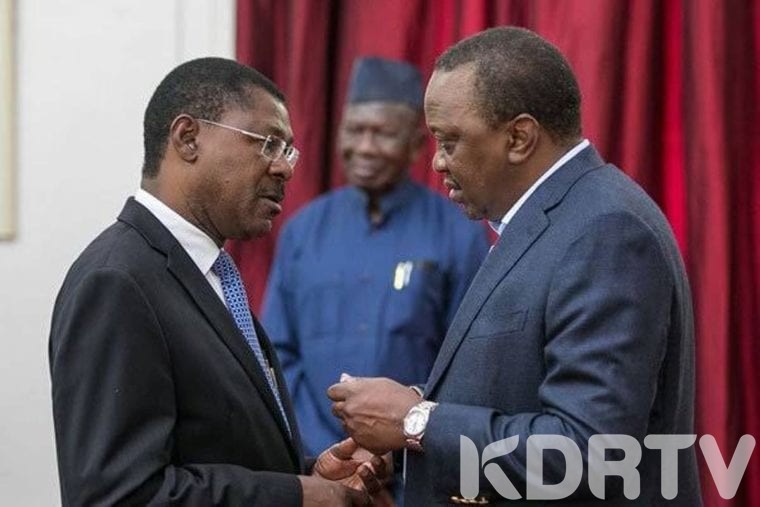 Bungoma Senator and Ford Kenya party leader Moses Wetangula has revealed what the Kenya Kwanza Alliance will do to outgoing President Uhuru Kenyatta if they form the next government.

Speaking during the burial of former Kiambu Governor Ferdinand Waititu’s mother Mama Monica Njeri Waititu the former foreign affairs minister stated that they will take good care of Uhuru after the August 9 polls.

“President, don’t you worry. You’ll be in safe hands with our government. We will give you the dignity and respect of a retired president, the same way Mzee Kibaki is enjoying his retirement, you’ll enjoy the same.” he said.

“So, if you’ve any fear that you’ve to create a stooge and a puppet to protect you, that fear should be put aside.” He added.

The Bungoma senator further urged locals to make a courageous choice and not to support the Azimio la Umoja Movement’s goal.

“Mambo ya kitendawili tuliacha kitambo. We dropped it like a bad habit. And we are going to form a new government that will respect everybody.”

The Ford Kenya party leader is currently heading the Kenya Kwanza Alliance rallies in the country after his counterparts, William Ruto and Musalia Mudavadi, left the country over the weekend to tour USA and UK.