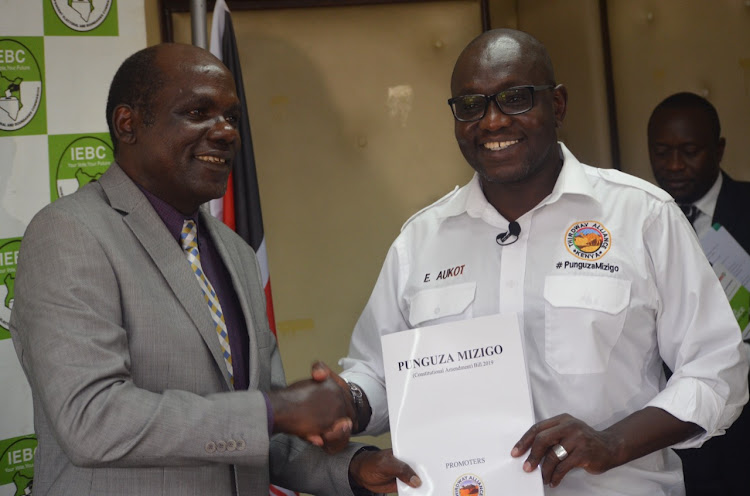 In a letter seen by KDRTV, Aukot asserts that the duo has flagrantly violated IEBC laws by campaigning around the country ahead of the election body’s scheduled start date of May 29, 2022.

To bolster his case further, Aukot cited DP Ruto’s use of his official mansion in Karen as a destination for delegates from his United Democratic Alliance (UDA) party.

“An election, where some aspirants benefit from state resources is compromised and the results arising therefrom cannot be said to have complied with the provisions of the Constitution of Kenya 2010,” he said.

Aukot further claimed that President Uhuru Kenyatta has been utilizing public funds to arrange a series of political conferences for Raila Odinga, both at State House and in local hotels.

He also stated that the aforementioned offenses would almost certainly result in the annulment of the August elections, urging Chebukati to act swiftly to protect Kenyans from the consequences.

“Nullification of Presidential election, through legal, comes with a heavy price to the taxpayer and is a destabilizing factor in young and fledgling democracies like ours,” he asserted.

Kenya is a constitutional democracy, all political positions owe their existence to the Constitution of Kenya 2010. Aspirants who violate the Constitution must be locked out. No amount of political mobilisation will replace the obligation to abide by CoK2010 pic.twitter.com/HYrf7dqfTq

The letter by the Thirdway Alliance leader comes barely a week after he asked President Uhuru Kenyatta and his Deputy to resign due to severe wrongdoings.