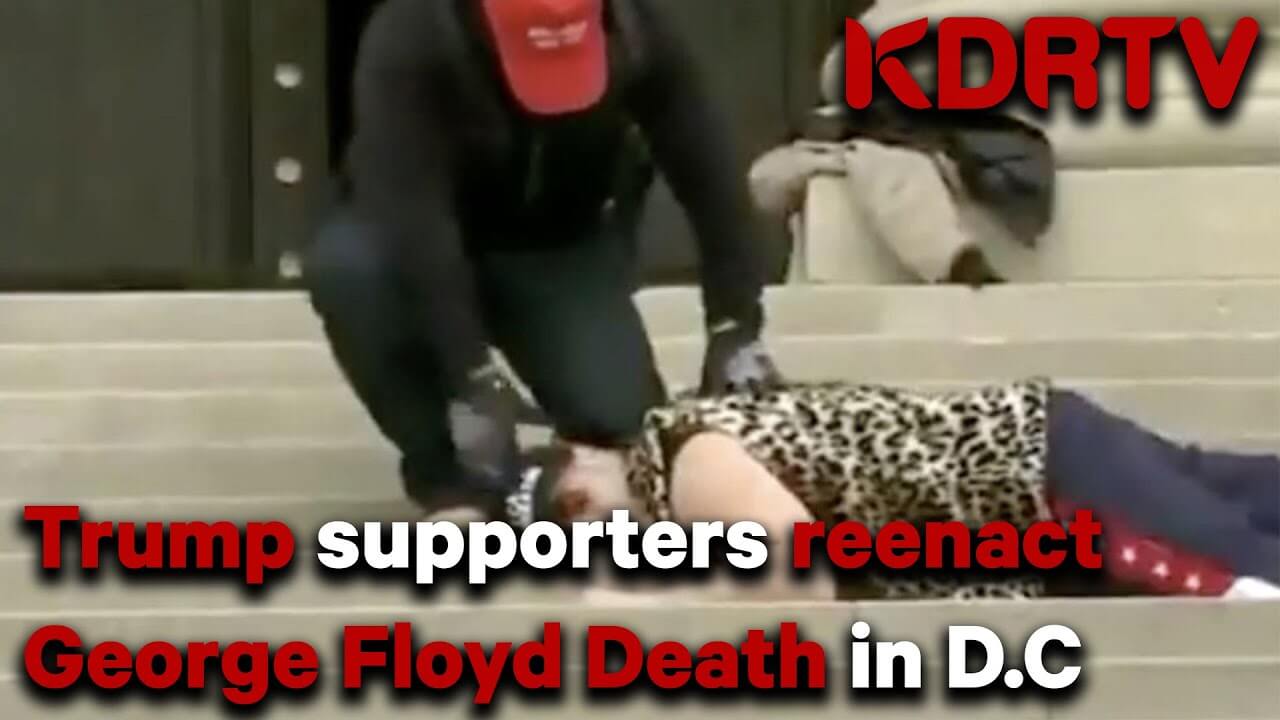 (KDRTV) – Two Trump supporters were caught on video reenacting the horrific death of George Floyd, a Black man who was killed at the hands of four Minneapolis police officers last year.

On Wednesday (Jan. 6), the men stood on the steps of the National City Christian Church in Washington D.C. and acted out the moment former Minneapolis Police Officer Derek Chauvin placed his knee on Floyd’s neck for almost nine minutes. One man laid across the steps on his stomach as the other man, who was sporting a “Make America Great Again” hat, placed his knee on his neck. The act took place directly under the church’s Black Lives Matter (BLM) banner.

The church had just unveiled their massive BLM banner earlier that day. “Our #blacklivesmatter banners have been hung, proclaiming the Gospel to Thomas Circle and our city,” tweeted the church’s official Twitter page. “Political leaders may come and go; God’s truth is for all times and all places.”

Back in May, Chauvin, Tou Thao, J. Alexander Kueng and Thomas Lane held Floyd down as he yelled out that he couldn’t breathe. Dozens of people watched in horror as he fell unconscious and later died. His death sparked nationwide protests and reignited the Black Lives Matter movement.

Prosecutors recently asked for the former cops’ trial to be delayed for three months due to the ongoing pandemic. Their trial was originally supposed to begin on March 8, but prosecutors want it to be moved to June so more people can have time to get vaccinated. Waiting until then can reduce the risks of trial participants contracting COVID-19 and reduce the risks of the trial being delayed due to an outbreak.