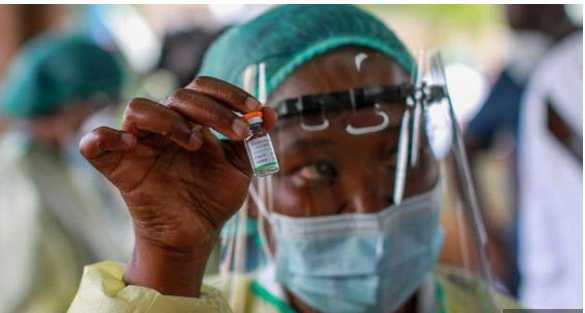 WHO says millions of vaccine needed in Africa

KDRTV AFRICA! The World Health Organization (WHO) has declared Africa to be in full-blown third Covid wave.

The total number of infections in African has crossed the 5 million marks as more than seven-country run out of Coronavirus vaccines.

The most affected countries include South Africa, Tunisia, Morocco, Ethiopia, and Egypt.

At the same time, Namibia and Uganda are facing a deadly third wave of the pandemic.

According to WHO reports, at least 136, 030 fatalities have been recorded in Africa.

Ugandan President Yoweri Museveni recently imposed a partial lockdown to halt the spread of the pandemic in the banana republic.

The United Arab Emirates had also closed its airspace for two African countries including Uganda due to a spike in infections.

Kenya has also locked down 12 counties in Nyanza and Western provinces.

KDRTV notes that the G7 leaders had committed to avail 5 million vaccines to poorer nations.

However, G7 countries were criticized for donating fewer vaccines.