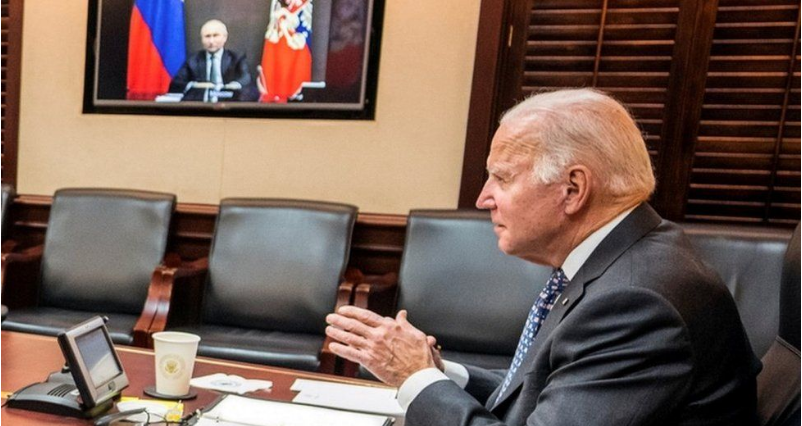 KDRTV NEWS: US president Joe Biden and his counterpart Russian Vladimir Putin have engaged in a one-hour phone call on Thursday.

During the conversation, the two leaders exchanged warnings over the Ukraine tensions.

The US had threatened to impose sanctions if Russia proceeded and invaded Ukraine.

However, President Putin said that such sanctions would be a “colossal mistake” and lead to a breakdown in relationships.

KDRTV established that the phone was the second conversation between the two countries this month.

READ ALSO: the US Warns Russia, Turkey Military Stay In Libya Is Illegal

It marked the latest efforts to reduce the tension over Ukraine`s eastern border with Russia.

According to the Ukrainian authorities, more than 100 000 Russian troops have been sent to the border.

The move by Russia has sparked concerns in the west, with the US threatening Russia with sanctions.

Russia, however, declined plans of invading Ukraine and affirmed that the troops were there for routine exercise.

Russia also said that it is entitled to move its troops freely on its soil.

IF UKRAINE COMES UNDER ATTACK, the US said Russia will be exposed to actions “like none he`s ever seen.”

The US said they would respond decisively if Russia proceeded and attacked Ukraine.

Despite the severe and substantiation talks, there are hopes that Ukraine`s tension would be de-escalated through conversations.