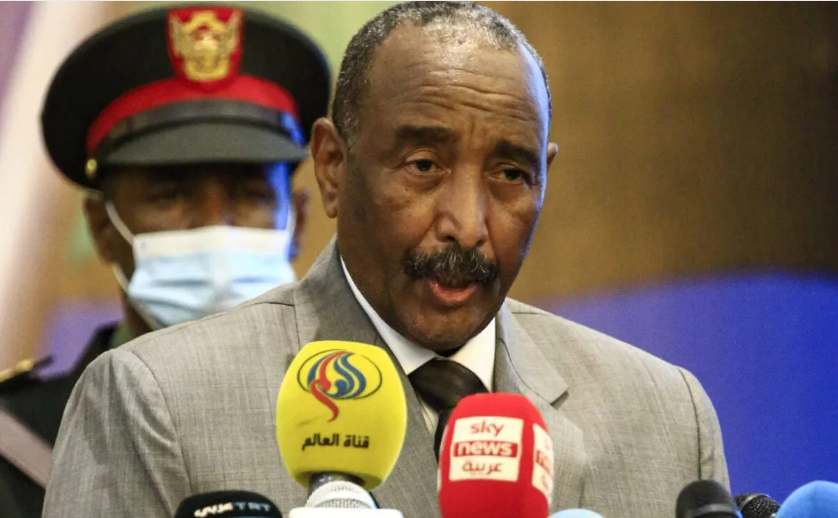 KDRTV NEWS: Sudan’s general Fattah al-Burhane is on an official visit to Cairo on Wednesday, where he met the Egyptian President

The ceremony was broadcasted on a live television

Burhan has visited Cairo as the relations between Cairo and Khartoum deepen.

The Burhan was meant to discuss Sudan’s political deadlocks

According to Egyptian television, the general who has been in power in Sudan since the October 25, 2021 coup was welcomed in the presidential palace by Abdel Fattah el-Sissi.

Since Burhan took power in Sudan, many Sudanese have to denounce the repression regularly.

The demonstration has cost the lives of 92 civilians and many people injured.

The United Nations describes the lethal force used against the protestors as “unacceptable and tragic.”

The coup brought to an end the fragile power-sharing agreement between civilians and the military after the removal of President Omar al-Bashir in 2019.

Al-Bashir had ruled the country for almost 30 years

It is considered that Both Egypt and Sudan have been hit by the ongoing war between Russia and Ukraine.

Egypt s the largest importer of Russian and Ukrainian wheat, while Sudan has been struggling with the sanctions that have been imposed against it.