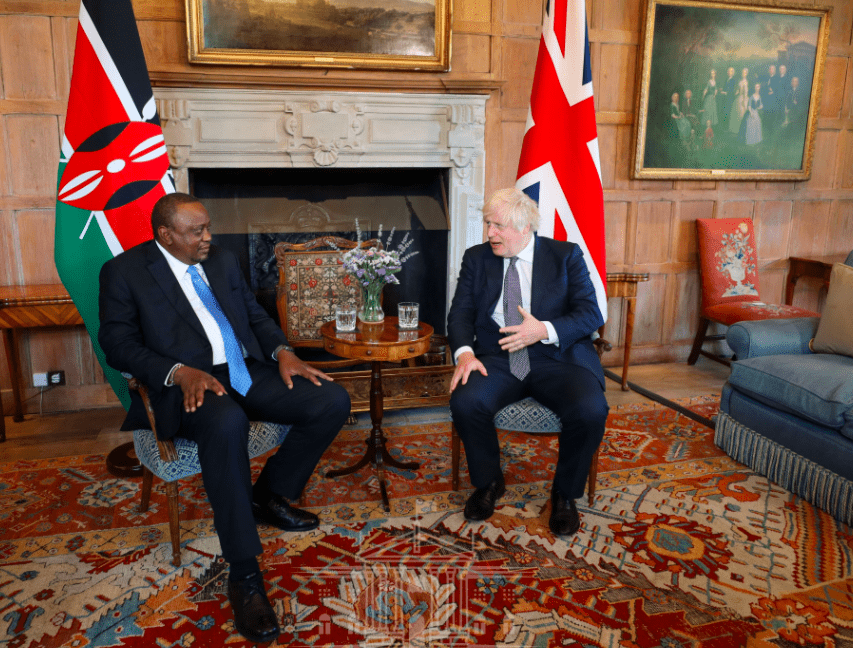 The President was on a three-day visit in London where he went to co-chair a summit meant to raised funds to support global eductions.

KDRTV established that Kenya and the UK reached a consensus to sign two critical agreements in the health sector.

The agreements were signed on the president`s third day of the visit to London.

The first deal was signed by the Labour Cabinet Secretary Simon  Chelugui and the UK`s secretary of State for health Sajid Javid. The deal was on a Memorandum of Understanding (MoU) on the Health Workforce Collaboration.

The deal will now allow unemployed Kenyan nurses and other medics to find jobs in the UK.

The deal is available for qualified medics but is unemployed.

The exact details of this deal will be confirmed before the end of October.

Kenya’s medic union had recently raised alar about the higher rate of unemployment in the country.

The second deal that was signed by the two countries is the Kenya-UK Health Alliance which is meant to enhance research and collaboration between Kenya and the UK universities and teaching hospitals.

The deal will ensure that international investments are channeled to Kenya

This £132 million package of new UK-Kenya deals from the UK government and British firms will support investment in the region, including building new green affordable homes, connecting households to clean energy, and boosting manufacturing.

This package of investments will create new jobs and unlock new opportunities for UK and Kenyan businesses by strengthening the relationship between Nairobi and the City of London,” said the UK Foreign Secretary Dominic Raab