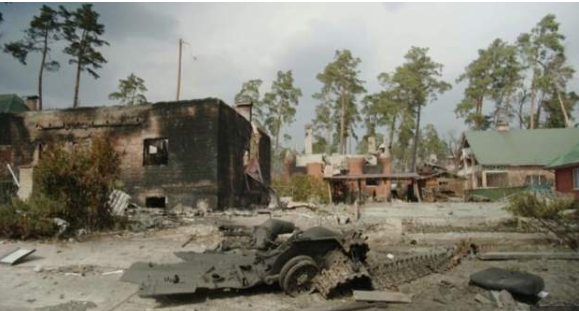 The aftermath of the war between Russian and Ukraine

Dozens of the soldiers were also injured after the civilians gave them poisoned alcohol.

According to Ukraine’s main Directorate of Intelligence reports posted on Facebook on Saturday, two troops died while 28 were put under intensive care unit after drinking poisoned alcohol.

The incident took place in Izium, where an estimated 500 Russian soldiers were also reportedly hospitalized due to alcohol poisoning of the unclear original.

According to Ukrainian officials, the troops were from the 3rd Russian Motor Rifle Divison.

There is no confirmation of the lives of the soldiers who were hospitalized.

Since the Russian invasion of Ukraine, there have been reports of using various means, including arms, to help defend their country.

Te Ukraine’s government has urged the civilians to train for possible combat.

This happens when the Ukrainian government claims that Russian troops are targeting civilians.

Reports have also indicated that the top advisors of President Vladimir Putin are not giving him the right advice on the scope of the Russian troop operation in Ukraine.

However, BBC News has reported heartbreaking scenes in freed towns.

For instance, there were burned-out tanks and corpses in the streets of Bucha.