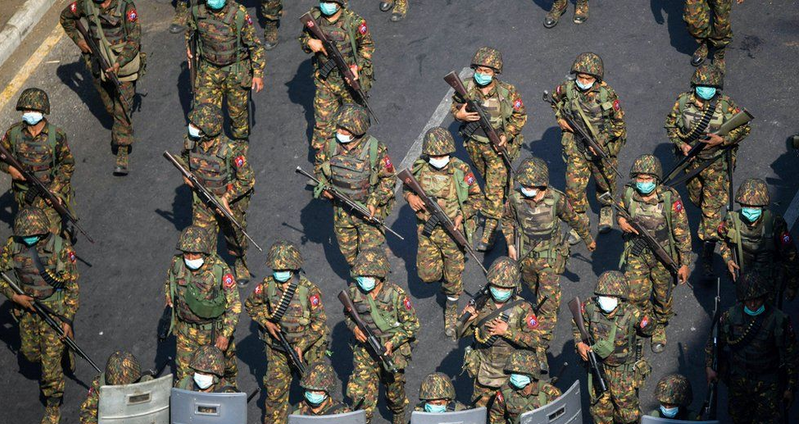 KDRTV NEWS: The United Nations has called for the end of arms sales to Myanmar over a deadly military coup.

The UN Assembly wholly agreed to condemn the Myanmar military junta which illegally overthrew the elected government in February.

The UN has also urged the junta to release political detainees including elected leader Aung San Suu Kyi and the end of violence on peaceful protestors.

The declaration to stop selling arms to Myanmar was supported by 119 countries however, Russia and China abstained since they are the biggest supplier of arms to Myanmar.

In the previous G7 summit and Nato meetings, China, Iran, and Russia were considered to be key threats to world security.

UN Chief Antonio Guterres has been elected for the second term. Guterres, the only candidate for UN`S top post said he is “humbled and energized”. He is going to serve for another five-year term.

Some of the countries that did not support the declaration said that the crisis was an internal issue of Myanmar while others said that the move does not solve the brutal crackdown on the Rohingya Muslim population for four years which has consequently forced millions of people to flee the country.

However, Myanmar`s UN ambassador Kyaw Moe Tun who is representing the elected civilian government raised concern about how long the UN assembly took  to pass what he referred to as a watered-down resolution

KDRTV notes that since the coup, the detained Ms. Suu Kyi,75, has been serving house arrest and little has been heard from her. She has also made few court appearances.

READ ALSO: IWPG, Announcement of Statement Calling for a “Peaceful Solution” to Resolve the Myanmar crisis

The junta is accusing the last polls of voter fraud and thus justifies seizing power in February.

However, the country`s election agency refuted the claims saying the election was definitely free and fair and that the charges against Ms. Suu Kyi are politically inflicted.

The size of power by the junta prompted demonstrations and the Myanmar military has brutally confronted the pro-democracy protestors, activists, and journalists.

Human Rights Watch has appealed to UN Assembly to pass the resolution calling for the halt to arms sales to Myanmar.

The resolution means that any country that is a member of the UN will breach the policies of the alliance if they would sell arms to Myanmar.

KDRTV is not certain if China and Russia will respect the resolution given the fact they the two countries have been in the bad books of various global security conventions.