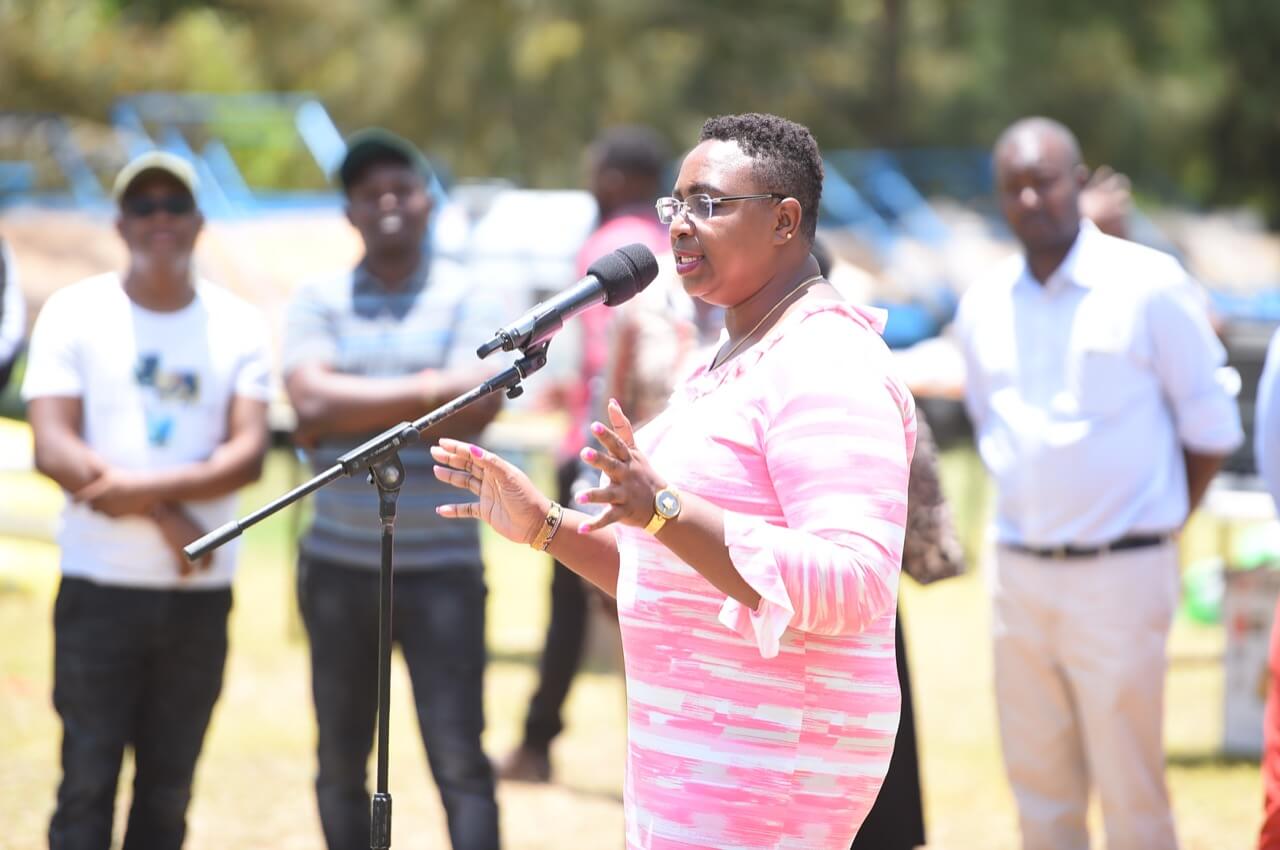 (KDRTV) – Malindi MP Aisha Jumwa has said she is ready to dump Deputy President William Ruto’s Tanga Tanga outfit and support Kilifi Governor Amason Kingi if he opts to go for the top seat in 2022.

In a message, which has raised eyebrows across the political divide, the outspoken politician said she is ready to ditch the DP as long as Kingi also dumps ODM and runs for the presidency on a yet to be revealed coastal political party.

“I want to tell governor Kingi to leave where he is currently positioned and join us to unite the Mijikenda and I am ready to support his presidential ambitions and abandon where I am for his sake. We shall only negotiate to support an outsider when Kingi decides to go into a coalition with the person of our choice,” Jumwa said at a funeral in Malindi.

It's in small things where bigger things are hidden.#respectmyhustle pic.twitter.com/yXIT8btPmy

A section of coastal politicians have hatched a plan to form a political party ahead of the 2022 elections. The plan started during the debate on the division of revenue formula in the Senate. Coastal politicians felt betrayed by ODM leader Raila Odinga, who supported a formula which would have seen them lose billions of money.

They said Raila had betrayed them at their hour of need.

William Ruto will one day have himself to blame, how do you allow yourself to be sorrounded by people who love your money more than your presidency in the name of advisers? I laugh hard when I hear that Ruto's top advisers are Khalwale, Sarai,Aisha Jumwa & Muthama .Tuju is right

However, a section of other leaders are against the idea of forming a party. Governor Kingi has publicly stated that coastal people do not need a party to be united. He also questioned the lawmakers pushing for the formation of a new political outfit when they are supporting DP William Ruto.