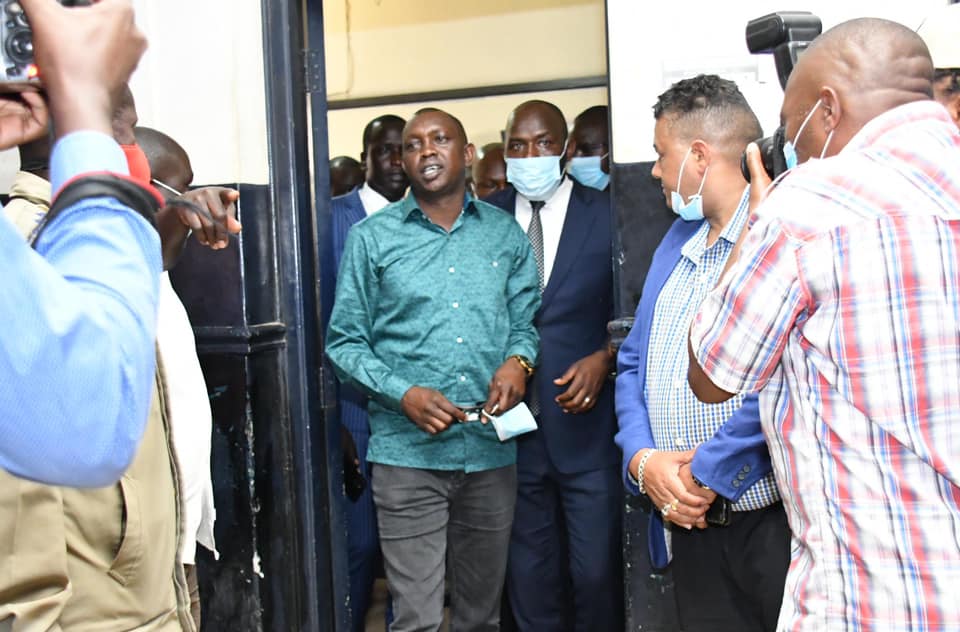 (KDRTV) – Kapseret MP Oscar Sudi released on a KSh 500,00 bail, directed not to utter any public statements concerning the allegations against him.

Kapseret MP, Oscar Sudi to be released of bond of Sh1 million with an alternative cash bail of Sh500,000. pic.twitter.com/LAY9kZ7THR

The court said there are no compelling reasons to detain the MP.

The ruling follows the MP’s appeal challenging his continued detention at the Nakuru High Court on Thursday.

The lawmaker challenged a ruling made by Chief Magistrate Josphat Kalo on Wednesday which allowed police to detain him for seven days to allow detectives to conclude investigations into the charges he is facing.

The MP said the lower court’s ruling was not only unlawful but also violated his right to liberty.

“The applicant prays that pending hearing and determination of this application inter partes, the court be pleased to admit Mr. Oscar Sudi to bail and or bond on such reasonable terms that the court may deem fit,” read the application filed by lawyer Kipkoech Ng’etich.

The defense team also faulted the court’s decision to detain Sudi on claims that he might interfere with witnesses, arguing that the prosecution had not named the said witnesses in court. According to Oscar Sudi, the magistrate had already asserted that the MP had committed the crime of hate speech, which amounts to prejudice.

COURT GRANTS MP Oscar Sudi Sh500,000 bail and bars him from addressing a public rally until hate speech probe against him is complete. pic.twitter.com/4tU2AEjVOX

The MP is facing five offenses. They are; hate speech, offensive conduct, resisting arrest, assaulting a police officer, and unlawful possession of firearms and ammunition.

The court has gagged him from speaking about the case to the media.

Subscribe to watch latests videos
In this article:Headlines, Oscar Sudi