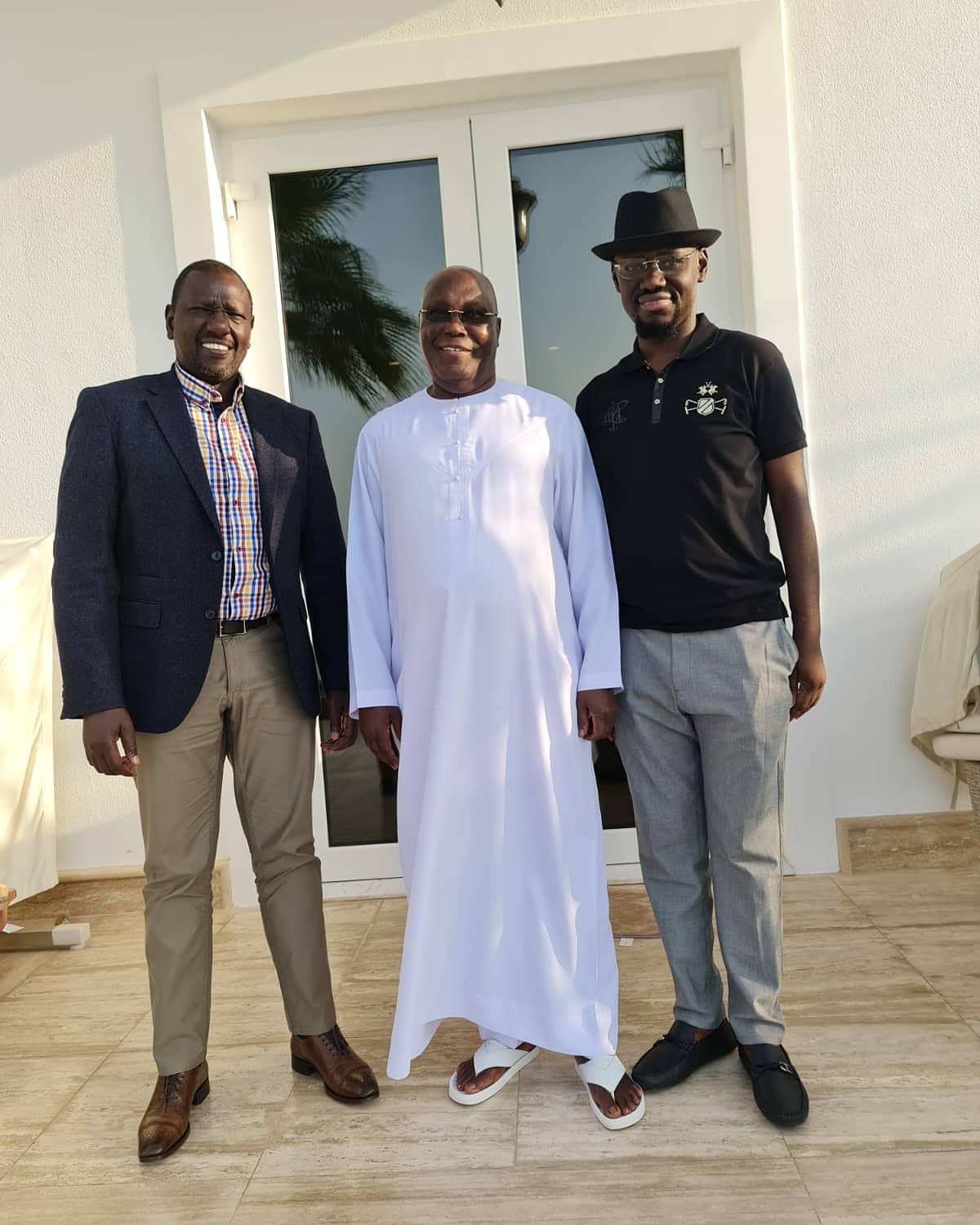 Ruto with controversial Nigerians in Dubai

The two Jubilee leaders met for a 3-hour meeting at State House on Wednesday. Our sources have intimated to us that Ruto used the meeting to ask for permission to travel out of the country.

In the past, the DP’s foreign trips have been blocked by bureaucrats at the State House. In fact, this was only the second trip the DP was making this year,  following a trip to Sudan in January.

The self-proclaimed hustler secretly jetted out of the country on Wednesday evening, in the company of former Mombasa Senator Omar Hassan. The trip caught most of his close allies by surprise.

Ruto supporters denied claims that the DP was out of the country on Thursday until photos showing him in Dubai emerged on Twitter.

The DP’s mission in the middle east has remained a mystery but he was pictured in the company of former Nigerian Vice President Atiku Abubakar and controversial Nigerian businessman Timi Frank.

According to Daily Nation, Mr.

Frank had visited Kenya in August probably as a precursor to the Dubai meeting between Ruto and Abukar.

The DP later had a meal with celebrity Turkish chef Salt Bae at his restaurant in Dubai. He shared a video of himself at the restaurant, describing Salt Bae as a hustler.

Ruto jetted back to Kenya on Sunday afternoon. His return was as silent as his departure.

Subscribe to watch latests videos
In this article:Headlines, William Ruto in Dubai